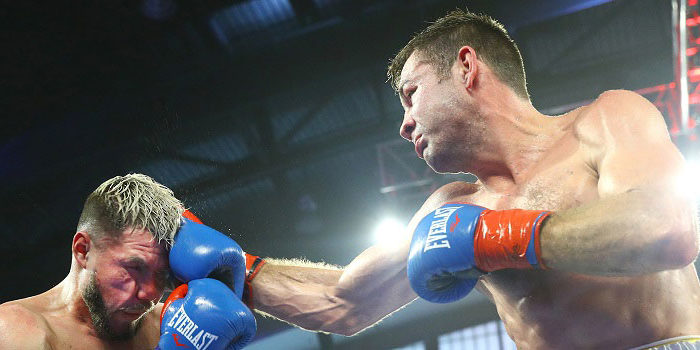 South Africa’s Chris van Heerden returned to action after being out for 11 months to score a six-round technical decision win over Mexico’s Mahonri Montes at The Hanger in Costa Mesa, California, on Saturday night.

The fight was halted at one minute 44 seconds into the sixth round by referee Thomas Taylor after Van Heerden suffered a cut to his right eye, after an accidental clash of heads.

The fight went to the scorecards in terms of the California rules, with judges Rudy Barragan, Max DeLuca and Zachary Young all scoring 60-54 in favour of Van Heerden.

The southpaw Van Heerden, 31, dominated throughout, scoring with his right jab to win all the rounds against the pedestrian 29-year-old Montes.