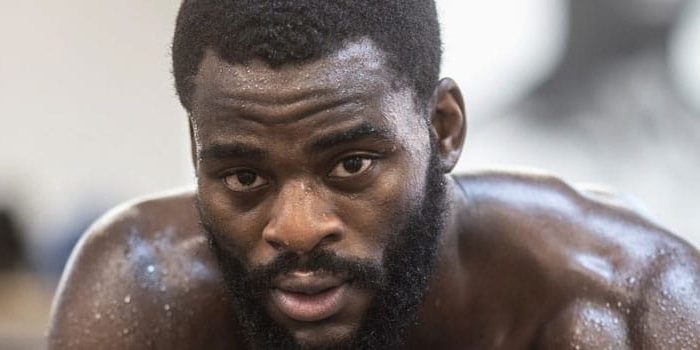 JOSHUA BUATSI wants fans to judge him when he has all the millions of his mentor Anthony Joshua.

The modest light-heavyweight sensation is managed by Britain’s unified heavyweight king and learns from AJ in and out of the ropes.

The 26-year-old Ghana-born ace is expected to beat Liam Conroy to the British title on Saturday night before targeting major honours.

But, while fans are predicting world titles and millions of pounds just NINE fights in to his pro career, Buatsi only wants his character judged when he has all the trappings and temptations of British boxing’s golden boy.

Millionaire Joshua opened the door to his humble Sheffield lodgings this week and revealed the back-to-basics life he leads during fight camps, another lesson Buatsi has learned.

The Croydon star told SunSport: “I sometimes read that people have called me ‘the next best thing’ but that’s after beating nine journeymen, that doesn’t make you anything.

“Let me get in a real fight and then see how good I am.

“Since I was 15 all I have cared about is boxing, so I have not had to learn or care about brands or going shopping.

“I do own a nice chain but it is always tucked underneath my shirt, it is just not my style to do that.

“I always say ‘judge a man when he has everything’ and for Josh to be that way now shows that is how he truly is.

“I haven’t got anything at the moment so maybe wait and make your assessment when I have a bit more. But when you look at Big Josh, someone who is so successful, that is how he is.”

Buatsi was forced to start his boxing career in secret as the brutal sport is seen as a last resort for the uneducated and desperate in Ghana.

His father had also watched the breathtaking yet tragic 1989 bout between Nigel Benn and Michael Watson and the heartbreaking injuries that befell the latter.

For his parents’ blessing, the 2016 Olympian had to finish his college and university education to pursue his passion but he remains acutely aware of how dangerous his profession is.

He said: “My best friend introduced me to sport and every night I would tell my parents I was going football training, one day my dad asked to see inside my bag and there were no boots, shinpads or long socks.

“My dad told me to stop boxing, he had followed boxing and talked to me about the Nigel Benn vs Michael Watson fight and explained how dangerous the sport was.

“I gave them the thumbs up but I just stuck at it and at 18 they said it was up to me, my dad accepted it but my mum would be happy if I quit tomorrow.

“My mum supported me lots, cooking all my meals and washing all my clothes and kit but I don’t think any parent is happy when they child says they want to box.

“That can only change when you start showing an ability to defend yourself.”

The deeply religious knockout artist keeps a close knit group of friends around him, especially in his dressing room before the fight.

During the tense build-up, one of his childhood pals is instructed to do nothing but pray for his and his opponent’s safety during the fight.

When asked how he balances going into the ring and throwing such heavy hands with his non-violent benevolent beliefs, Buatsi gives a typically profound answer.

He said: “No-one is trying to kill anyone. In that moment we are trying to win and there is a huge difference between wanting to beat someone and saying ‘I want to kill this guy’. I pray that he and I are safe.

“We need the grace of God because it could happen to anyone.  We walk into the ring talking, seeing, walking and hearing, taking it all for granted.

“We are all going to die at some point and everyone has a role to play.”