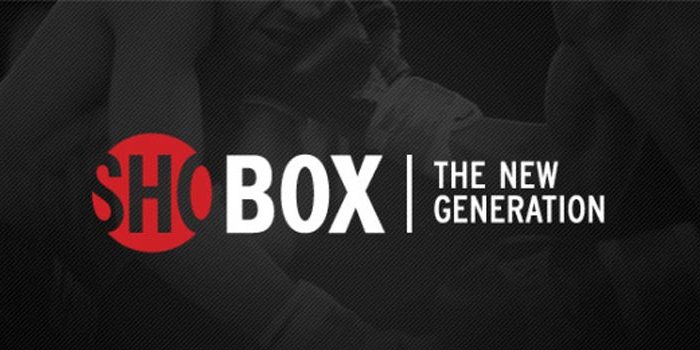 Tickets for the Mayweather Promotions’ Sin City Showdown are priced at $25, $50 and $75 and can be purchased by visiting: https://mayweatherpromotions.com/events/.

“Mayweather Promotions is excited to bring the Sin City Showdown back this year, as it is home to a roster of talented prospects,” said Leonard Ellerbe, CEO of Mayweather Promotions. “The card features three of our young talented undefeated prospects Angelo Leo, Xavier Martinez, and Andres Cortes making their television debuts. It’s exciting to see these guys climb the ranks, as they look to take their careers to the next level. Each one of them will be facing tough competition on fight night. I expect nothing but fireworks.”

“We have three unbeaten and untested prospects ready for the next step of their careers in Angelo Leo, Xavier Martinez and Andres Cortes,” said Gordon Hall, Executive Producer, Senior Vice President, Production, Showtime Networks Inc. “ShoBox is all about introducing and developing new talent. It’s about pushing young prospects outside of their comfort zone, matching them tough and discovering the next generation of champions in the process. I look forward to see whether or not Leo, Martinez and Cortes will rise to the occasion.”

Originally from New Mexico and currently residing in Las Vegas, Leo, 24, recorded a unanimous decision over Alberto Torres in his 2019 debut on the non-televised undercard of Gervonta Davis vs. Hugo Ruiz. Leo, who started boxing when he was eight, amassed a notable amateur resume, winning the state Golden Gloves and Jr. Golden Gloves Championships before turning pro at 18. Leo debuted under the Mayweather Promotions banner in November of 2017 with a fourth-round knockout of Dominican Republic’s Yasmaly Basilio Peguero-Nieves.

“This fight came to me at the perfect time,” said Leo, who has fought four of his last six bouts at Sam’s Town Live. “I’m in great condition coming off my recent fight last month. I think Tabanao is good fighter and a good counter-puncher. He fought good competition and he went the distance with a former world champion, so I know I have a tough fight ahead. He is a dangerous fighter but I have a solid plan. I have a unique style and I think I bring a lot to the table with my speed, angles and body shots. Fans should expect an exciting fight on April 5.”

Tabanao, 24, made his pro debut in 2012 in his home country of the Philippines. He will make his United States debut next month as he looks to move up the super bantamweight ranks. Tabanao won the WBO Oriental Featherweight Title in 2016 with a third-round technical knockout of Ibrahim Balla. In his next fight, Tabanao lost the belt when he dropped a unanimous decision to Isaac Dogboe, who would go on to become the WBO Super Bantamweight World Champion. Tabanao suffered two consecutive defeats after losing to Dogboe but has admirably rebounded by winning his last four bouts.

“My trainer Sonny Dollente is working hard to prepare me for this fight,” said Tabanao. “We know this is our first fight in the States and TV debut, so we are working especially hard to put on a great performance and we thank Mayweather Promotions for this opportunity. Angelo Leo is a good fighter but we have a good strategy. It has always been my dream to represent The Philippines and to be known as a great boxer. This fight will bring me one step closer to my dream.”

Martinez, of Sacramento, Calif., is best known for his crafty and powerful fighting style and is regarded by many as a prospect to watch. After losing his first two amateur fights, he amassed a record of 88-10. He won the Jr. Golden Gloves in 2010, competed in the 2012 and 2013 Nationals Championships and was ranked No. 3 amateur in the country in 2013. He turned pro in Mexico at 17 and joined the Mayweather Promotions team in late 2016 with a unanimous decision win over Wilfredo Garriga at Sam’s Town Live. He’s coming off five straight knockout victories, with his most recent being an impressive fifth-round knockout against Deivi Julio Bassa on February 9. Martinez is looking for a statement victory over Moralde to assert his pedigree in the 130-pound division.

“It feels great to get back in the ring,” said Martinez. “I’m happy Mayweather Promotions found another great matchup for me, and on national television. Now it’s time for me to do my part as a fighter by training hard and getting the win. I came in to training camp with a fresh mindset and ready to go to war. I’m ready for whatever Moralde brings to the table. I don’t know much about him other than he has the guts to fight me. I heard two opponents said, ’No,’ to this fight because they didn’t want to face me.”

Moralde, who made his pro debut in 2011 as a 17-year-old, will see his toughest test to date when he meets rising star Martinez. Hailing from Davao del Sur in the Philippines, Moralde, who is 2-2 in his last four fights, is looking to redeem himself in this pivotal matchup. His U.S. debut in 2017 didn’t go as planned as he was handed the first loss of his career at the hands of Toka Khan Clary. He rebounded quickly against Ismail Muwendo but lost by decision against Jamel Herring in his next fight. He scored a second-round knockout victory over Elmer Colve in his last outing.

“It feels great to have another opportunity to put my skills on display for the world to see on national TV,” said Moralde. “I’m up against a tough fighter; we both have a tough fight ahead. I have to make a statement. This is the fight that will get me where I want to go. I want to fight the toughest and I’m ready to face anyone they put in front of me.”

Born and raised in Las Vegas, Cortes, 22, fell in love with the sweet science at an early age as he watched his brother Luis at the gym. He started training at Elite Boxing Gym when he was six, alongside Juan Heraldez and Andrew Tabiti, who would later become his Mayweather Promotions stablemates. He had a reported record of 130-20 as an amateur and turned pro in 2016. He caught the attention of Floyd Mayweather while sparring with lightweight champion Gervonta Davis. Cortes joined Mayweather Promotions soon after. He has won four of his last six fights by knockout including his last outing against Eder Amaro Fajardo on January 17. With a win, Cortes will be one step closer to becoming a legitimate contender.

“I’ve only taken off one week from the gym since my last fight in January,” said Cortes. “I feel great. I’m 100 percent prepared for whatever my opponent brings my way. I’ve been working on my power and my strength with my conditioning coach and overall development as a fighter. I’m ready for my next challenge.”

Baltimore’s Dyer, 27, picked up boxing at 19 and after a brief amateur career turned pro in March of 2017. He scored an impressive 22-second first-round knockout of Dwayne Martin in just his third professional bout. He was named 2017 Rookie of the Year by Boxing Along the Beltway, a Washington, D.C. boxing publication, and has won five fights in a row, most recently against promising undefeated prospect Carlos Dixon.

“I’m coming fresh off a fight so I’m still in great shape,” said Dyer. “Andres Cortes is a good fighter, but I’m a better fighter. I’m training to go a full eight rounds, but if I find an opportunity before then, I’m going to take it. I’ve been waiting for a chance to show the world how good of a fighter I am, and this is it. This is my time to show the world who I am.”