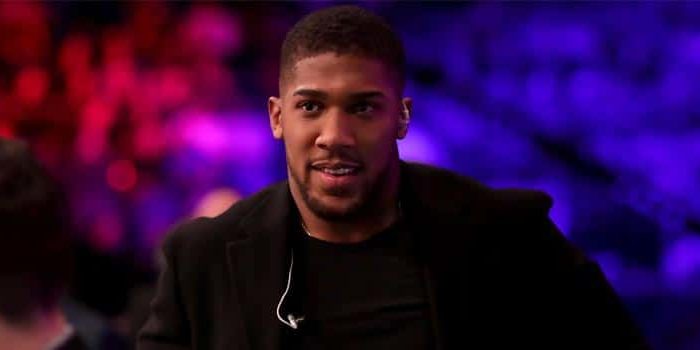 British boxer Anthony Joshua is, no doubt, one of Nigeria’s national treasure. Given the fact that the WBA, IBF and WBO world heavyweight champion is of Nigerian descent, many within the country see him as a hero.

Moreso, the boxer has never tried to deny his origin or ancestral heritage. Rather, he embraces it well and this is one thing that has endeared many Nigerians to him. Recently, Joshua took to cracking up his Nigerian fans by attempting to speak his Nigerian indigenous language Yoruba.

The boxer, whose family house is in Shagamu, made a show of speaking the native tongue. However, one cannot help but notice how his words were laced with the British accent. For this reason, the friends around him made jest of him and made reference to his hometown.

Joshua joined in the fun by laughing and responding to the teases of his friends. He was apparently having the time of his life just practising this indigenous language of his. See the video below:

The video, which was shared by Ayo Shonaiya, accumulated quite a number of comments from Nigerians who found Joshua’s act very endearing.