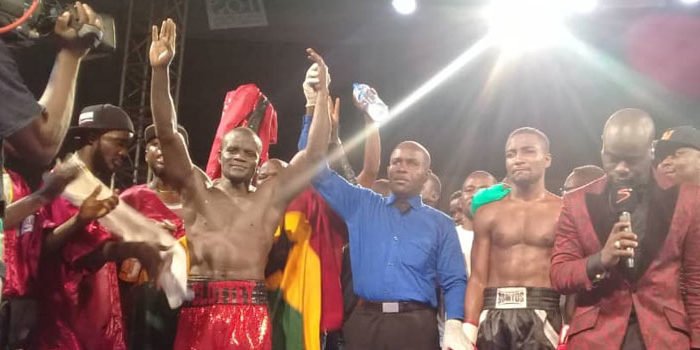 Joshua Clottey surprised boxing fans when he announced his return to the ring. He had an even bigger surprise immediately after the return.

Fighting in front of an adoring capacity crowd in Accra’s Bukom Boxing Arena, Clottey showed flashes of his old form as he delivered a sixth-round TKO over Tanzania’s Mfaume Mfaume in a middleweight contest.

Clottey’s first fight in Accra since December 2002 might end up being his last anywhere in the world. During his post-victory comments, Clottey announced that he was calling it quits on a career that began 24 years ago this very month.

“I took this fight because of these people (pointing at the fans), they love me so much and I’m delighted to fight here because of all the world champions,” said Clottey (40-5, 23 KOs). “I am the only one to come back and fight here. Forget about Isaac Dogboe and Richard Commey who are still active but Azumah Nelson, Ike Quartey, Alfred Kotey and the rest, only I have fought here.

“This is my surprise for everybody: I think this is going to be my last fight. I’m going to retire because listen, I am 41-years-old and I have done it all. I am a former world champion and I fought the best guys out there so I will retire now.”

If Clottey sticks to his word, then he ends his career on a high note. The former IBF world welterweight champion controlled Mfaume (14-6-2, 6 KOs) throughout the bout. However, the stubborn Tanzanian was game, refusing to fold even after eating Clottey’s best. Mfaume did not come out of his corner for the start of the sixth, due to what was later determined to be a dislocated shoulder.

Afterward, Clottey reflected on his career, including the highs and lows.

“The sad fight was against Pacquiao and the best one is Miguel Cotto,” Clottey said. “I think I won that fight and they all know it that’s why I got the Pacquiao fight so I could prove myself against Manny but it didn’t happen.”

Nevertheless, he closes out the career as one of the greatest boxers to come out of Ghana. 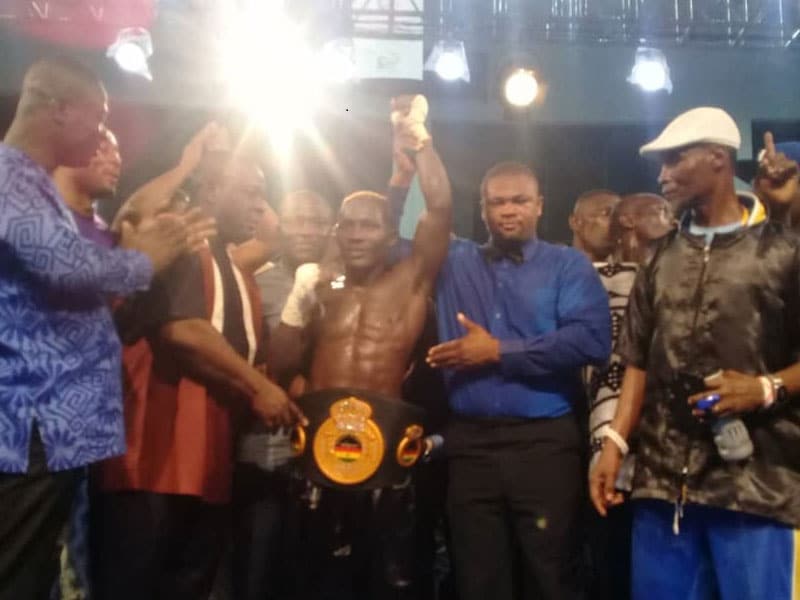 This was the first bout for either since Quaye (17-2-1, 10 KOs) defeated Ansah by split decision. That verdict didn’t go over well with Ansah (17-9-2, 11 KOs), who vowed to stop Quaye after switching camps with a new manager and trainer.

And he lived up to his words, barely giving Quaye any breathing room right from the opening bell. The now-dethroned champion couldn’t find his rhythm, hardly landing—or throwing—any effective shots.  Ansah seized every opportunity to land jabs, hooks and uppercuts; by the end of the sixth, Quaye was a spent force.

In the seventh, Ansah cornered Quaye and landed a series of punches that dazed him. The wobbly-legged Quaye fruitlessly struggled to clinch. Ansah chased his prey around the ring, battering him until Quaye collapsed unto the ropes and to the canvas.

Quaye rose quickly but as referee Michael Neequaye issued the mandatory count, Quaye collapsed on the match official, who waived off the fight, handing Ansah his first title.

In the other co-feature, Ghana’s Abraham Tabul (15-1-1, 12 KOs) overcame the tough challenge of American Patrick Ferguson (14-1-1, 11 KOs), winning a 12-round unanimous decision and the WBO Africa cruiserweight title.

Final cards read 117-114, 118-112, 116-112 after a grueling affair.  The pair had fought to a draw in their previous clash for the same title last year but the Ghanaian did enough this time to have his hand raised at bout’s end.