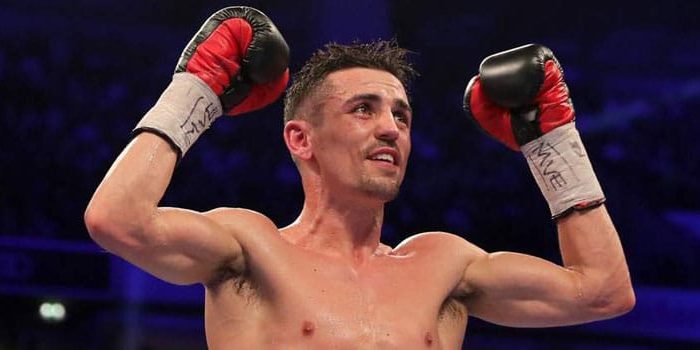 Anthony Crolla is not planning to go down without a serious fight when he faces WBA, WBO lightweight world champion Vasyl Lomachenko at the Staples Center on April 12th in Los Angeles, California.

Crolla is, to some, a 100-1 underdog in the bout – despite that he’s a former world champion with a lot of experience.

“I’m fighting one of the best fighters on the planet – in many people’s eyes the best fighter on the planet. “I’ve had a full 12-week camp, we knew this fight could happen and I’m in the best shape of my life. On the night I have to go out there and carry out the plan that’s set against a great fighter but I cannot wait for it,” Crolla said.

Crolla has built up a streak of three wins since losing back to back decisions to Jorge Linares, who Lomachenko knocked out last year.

Many observers expect Lomachenko, a three-division world champion, to stop Crolla inside the distance.

Crolla has been studying a lot of tape on Lomachenko and noticed the two-time Olympic gold medal winner has been tagged a lot more often in recent fights with Jose Pedraza and Linares.

“His last few fights, he’s been hit more than what he has throughout his career. I’ve got to take something from those last two performances, what both Linares and [Jose] Pedraza did, but at the same time I’m a very different fighter to them. I think what I’ve got to do to beat Lomachenko is not let him dictate the pace, which he does for so long, and not get frustrated which he does [to fighters]. I’ve got to fight my own fight and not the fight that Lomachenko wants me to fight, which he’s so good at making his opponents do.

“What he does is tire fighters out. You’ve seen how [Oleksandr] Usyk did it with Tony Bellew. You’re constantly thinking and thinking makes you tired. Physically I’m in the best shape I’ve ever been in and that’s the way it should be. I’ve had good notice to fight one of the best fighters on the planet. But it’s going to come down to more than just being a fit lad.

“To become one of the biggest upsets in boxing history, that’s huge, huge motivation for me. So many fighters would love this chance, I’ve earned this chance. I’ll give it absolutely everything to go over there and rip those belts off him.”