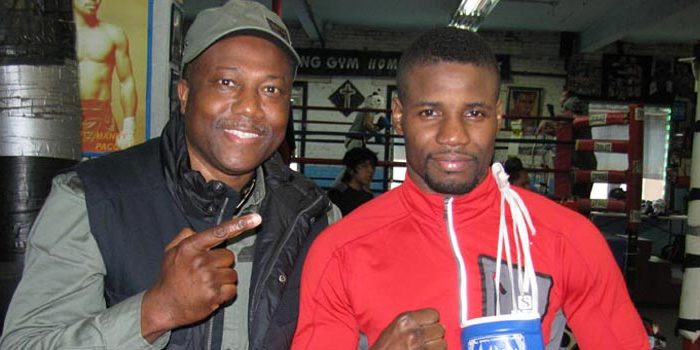 Ghanaian welterweight Frederick Lawson has vowed to come back stronger after suffering a fourth-round knockout to Venezuela’s Juan Ruiz at the 2300 Arena in Philadelphia last Saturday.

Lawson, whose defeat to Ruiz remains a worry to many, believes the setback will not affect his chances of winning a world title for the nation.

Describing his painful defeat, the 29-year-old, US-based boxer conceded making a terrible mistake by sustaining a cut on his forehead during the fight which resulted in his loss.

He, however, expressed the hope of correcting his mistakes and coming back a better fighter when he mounts the ring once again by year-end.

Lawson (27-2, 21 KOs) aimed at reviving his career after being inactive for close to a year but was dealt a big blow when the 32-year-old Ruiz (22-4, 14 KOs) earned a stoppage win after hurting him badly in the fourth round.

In an interview with the Daily Graphic last Sunday, Lawson noted that all hope was not lost as he revealed his desire to take a break and work his way back as one of the best in the division.

“I was surprised at the outcome of the fight because that wasn’t what I went in for but it happened and I have to work my way back as a stronger fighter,” said Lawson. “I made a terrible mistake by having a cut on my forehead and that contributed to my loss.

“It is now in my capacity to go on a break and ensure I come back stronger. It was a painful defeat for me to take but I don’t think it will affect my chances of winning a world title because I need to prove my worth in subsequent bouts.”