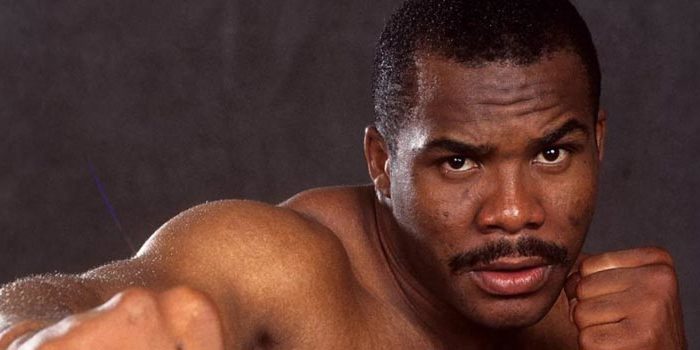 Former heavyweight contender, Ikemefuna “Ike” Ibeabuchi, said some forces are bent on keeping him locked up forever in US prison.

The embattled Nigerian Boxer abroad, Ike Ibeabuchi also known as ‘The President’ had one of the shortest careers in heavyweight history.

Few months after beating Chris Byrd to submission in March 1999 with a record of 26–0 after five rounds in another KO record, he landed in jail for assaulting a stripper.

Ibeabuchi had fallen for the same trick that knocked out the career of his childhood hero, Mike Tyson.

He has earned three Associates degrees and certificates in prison. One of them is a paralegal certificate to better understand how U.S legal system works. All while behind bars.

While the combination of State of Nevada, U.S Homeland Security and ICE are bent on keeping Ibeabuchi locked down, he is locked in another battle of survival. He said he is on the verge of losing millions of dollars earned in 20 heavyweights wins from 1994 to 1999.

How his ordeal started

He was staying at The Mirage Hotel and Casino in Las Vegas when he phoned a local escort service and had a woman sent to his room. The 21-year-old woman said later she was there to strip and nothing else. She claimed Ibeabuchi attacked her in the walk-in closet after she demanded to be paid up front. Ibeabuchi barricaded himself in the bathroom and police discharged pepper spray under the door until he surrendered.”

The Nigerian was alleged to have similarly assaulted another lady eight months earlier at Treasure Island Hotel and Casino.

The WBC champion was labelled ‘crazy and unstable’ in addition to ‘dangerous’ popularized by The Ring magazine and placed under house arrest.

After an excruciating trial that lasted more than two years, he was sentenced to 16 years imprisonment. By 2014, when he served out his term, he made a move to reignite his career, only to be picked up again by U.S Immigration, Customs and Enforcement (ICE).

After he was released in 2014, U.S Immigration detained him because he was yet to be issued his green card.

By 2016, when he got his green card and was released, he was again picked up and even the family did not know where they were holding him. At a certain point, relatives thought he was dead.

Ibeabuchi was unaware of any requirements regarding the first conviction at the time he was released from immigration holding in 2016. According to Arizona, ICE has a detainer on Ibeabuchi issued on 16th February 2018, which may relate to his United States citizenship application status after Ike was issued a green card in 2016.

Nigeria would not issue Ibeabuchi travel papers in 2015, and Ibeabuchi wound up in immigration limbo. Ibeabuchi was found officially admitted to the Arizona State penal system on February 16, 2018, and found guilty of disorderly conduct on 23rd March 23 2018, considered a major violation in Arizona, but it is unknown whether this is related to his violating the terms of his first conviction.

His new Arizona release date is 25thSeptember 2019, and his supervision will end 5th March 2020. Ikemefuna Ibeabuchi, 47 years old on February 2, 2020, remains on lifetime probation in Arizona.

According to Brizel, Head Real Combat Media Boxing correspondent who had followed Ike’s judicial problems using his journalism links, it is confirmed that Ike is still behind bars and may be released with conditions early 2020.

According to his nephew John Uzo, “As soon as we (family) realized he (Ike) is alive and where he was being held, we swung into action to let the whole world know the injustice against our brother and uncle,” Uzo said.

Uzo said his uncle needs the help of Nigeria government to facilitate his unrestricted release.

“We have been calling and still using this opportunity to call on President Muhammadu Buhari (PMB) to help him,” noted Uzo. “He is a citizen of Nigeria and if there is any time to step into his case it is now.

“Ike is a fighter and from incarceration, he has fought gallantly, I’m appealing to Nigeria to join forces with him now.

“The U.S media and judiciary have labelled him dangerous and crazy yet he has read, passed and acquired four degrees and certificates under lock and key. They don’t know what they are talking about,” added Uzo, who remains positive Ibeabuchi will one day walk out a free man.