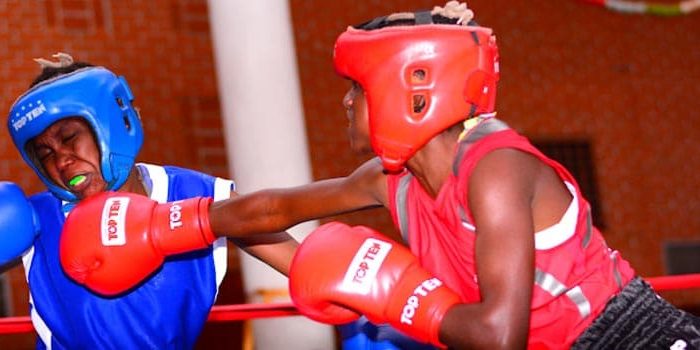 Onyango attributed his fairy-tale victory over Police boxer Humphrey Ochieng aka Jakababa to calculated shots and determination while Ongare, the first ever Kenyan lady medalist, said: “It’s such a good feeling to win the final at the Open. I came into this event focused and ready to attack and discovered my opponent’s defensive weaknesses and capitalised on the situation.”

Ongare won bronze in the Commonwealth Games after succumbing to Northern Ireland’s Carly McNaul at the Oxenfen Studios in the Gold Coast. Onyango caused the biggest upset to savour bragging rights. It was a close contest but Onyango’s heavy shots to the head and body carried the day.

“He came really hard at me but I remained focused and countered many of his punches. I believe this is a good start for me and I hope to maintain the tempo and spirit,” Onyango said. Ongare who is turning out for Police also tormented Siaya’s Mary Christine with heavy punches in their three-round scheduled bout.

Nairobi women’s middleweight Lilian Achieng, who lost to London Olympian Elizabeth Andiego, was named the most improved boxer. Andiego became the first Kenyan lady to box at the Olympics. Flavian Auma of Busia was named the best lady boxer. The most promising male boxer was Wanende Hassan of Busia. Wanende won the best boxer award at the same venue in February during the National Novices.