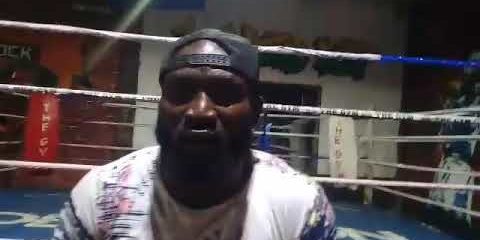 WBO Africa Heavyweight Champion Richard Harrison Lartey is brimming with confidence as he heads into his April 27 bout versus undefeated Brit Daniel Dubois.

Lartey (14-1, 11 KOs), is a hard-hitter from Ghana who has won eight in a row; his last four came inside the distance. However, he’ll be taking a major step up in class when he faces the 21-year-old Dubois (10-0, 9 KOs) at the SSE Arena in Wembley, England, live on BT Sport.

Nontheless, Lartey remains unperturbed, predicting not only an upset, but a KO victory. Check out his interview below with BoxingAfrica.com as he winds down camp for the biggest fight of his career: