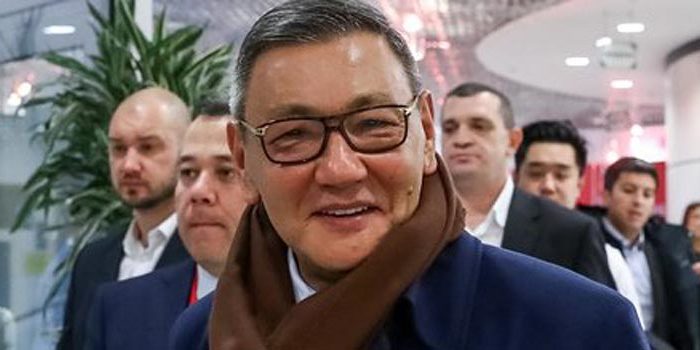 LAUSANNE, Switzerland (AP) — Gafur Rakhimov, a businessman with alleged links to organized crime, resigned Monday as president of the International Boxing Association after his tenure played a role in the body being stripped of the right to organize the Olympic boxing events.

The Uzbekistani became interim president of AIBA in January 2018 and was officially elected president 10 months later.

That was despite opposition from the International Olympic Committee, which pointed to United States sanctions against Rakhimov. The U.S. Treasury has accused him of involvement in drug production and heroin trafficking. Rakhimov denies any wrongdoing and is trying to have the sanctions lifted.

Rakhimov said his legal battles left no time for boxing.

“These processes now require me to be constantly present in legal and other proceedings in order to speed up the clearing of my name from these false accusations,” he said in a statement on AIBA’s website.

Rakhimov stepped aside from the presidency in March but continued to formally hold office while a new interim president, Mohamed Moustahsane, took over the running of AIBA.

That wasn’t enough for the IOC, which stripped AIBA’s Olympic status last month, citing Rakhimov’s involvement as well as AIBA’s chaotic finances. The IOC will now organize Olympic boxing tournaments itself, plus the qualifying events, and AIBA is facing possible bankruptcy without a slice of Olympic revenues.

Last month, AIBA’s board removed a bylaw which could have allowed Rakhimov to lift his self-suspension and take back control of the organization.

Even before Rakhimov formally resigned, AIBA was due to elect a new president in November.