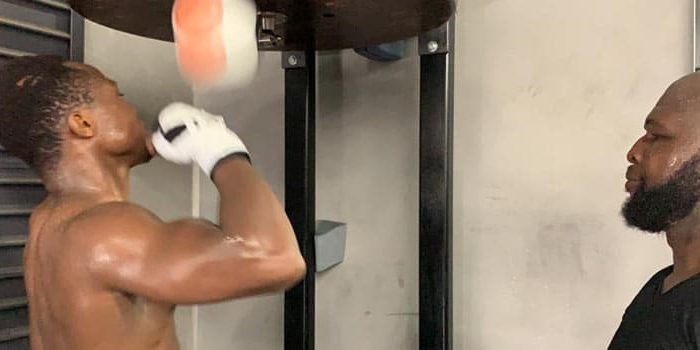 Paul Dogboe, father and trainer of former world 122-pound champion Isaac Dogboe, says there is a method to his son departing from trainer Freddie Roach to join forces with James Toney.

A spokesperson for Roach, the Hall of Famer and seven-time Trainer of the Year, informed BoxingAfrica.com on Wednesday that, following a one-month trial period, the Dogboes had opted to move on.

Enter James “Lights Out” Toney, Isaac’s new trainer who, incidentally, was trained by Roach during his highly successful run in the higher weights. Toney, a former three-division champion, was best known for his high workrate, counter-punching skills, incredibly slick defensive maneuvers, and a swagger that Midwestern fighters such as Floyd Mayweather are known for.

Toney is also no stranger to Dogboe. During a July 2017 interview with BoxingAfrica.com, Paul Dogboe explained that when a young Isaac turned pro and began working out of gyms in the U.K., the U.S.-based Toney came by the gym to watch Isaac spar.

“Toney was like, ‘This kid fights like me!’” Paul remembers with a laugh. “That’s how Isaac relocated to California. We had a few pro fights there.”

Thus, the two have already worked together years back. Here is what Isaac and Paul had to say about the switch