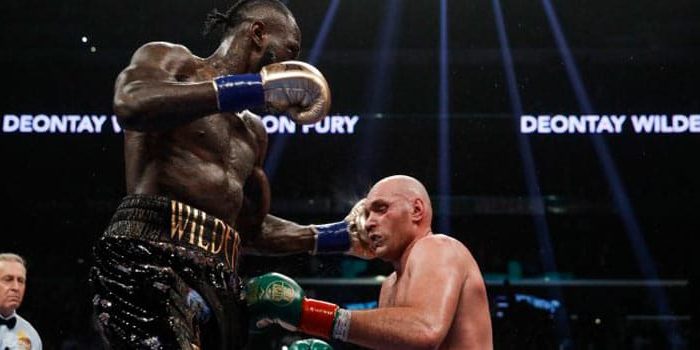 The second time is the charm, according to promoter Eddie Hearn.

Hearn feels confident that WBC heavyweight champion Deontay Wilder will topple Tyson Fury in a planned rematch for February of 2020.

Wilder and Fury fought to a controversial twelve round split draw in December 2018, at the Staples Center in Los Angeles, California.

Wilder will first make a voluntary defense next month, when he faces Luis Ortiz in a rematch on November 23rd at the MGM Grand in Las Vegas. Wilder stopped him in ten rounds back in March of 2018.

The first time around, Wilder dropped Fury twice – including a knockdown in the twelfth and final round – where it appeared the fight was over, but Fury managed to beat the count and fought until the final bell.

Hearn believes Wilder was a bit too cautious the first time around. He expects Wilder to come out swinging bombs and looking to do a lot of damage early on. Back in May, Wilder scored a brutal first round knockout of United States Olympian Dominic Breazeale.

“Wilder is at his most dangerous when he’s a little bit reckless. But you can’t be reckless against a good fighter, but I think this time he will be. Maybe. But I think he’s going to be more reckless this time, and come out and try and hurt him early; whereas he really didn’t in the last fight. And he’s been in there with Fury. Fury is unpredictable, and very tricky. But once you share the ring with him, you might start figuring him out.”