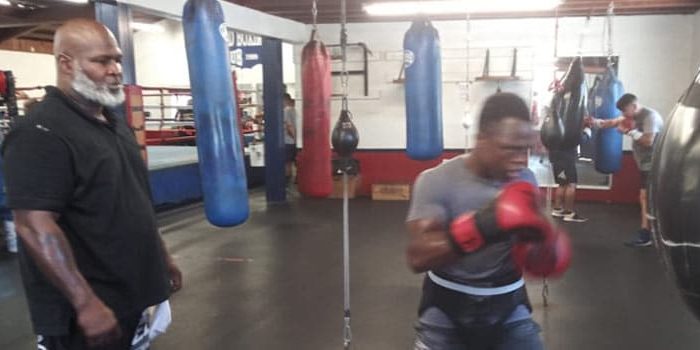 Former world super bantamweight champion Isaac Dogboe of Ghana has suffered what’s being described as a minor injury during camp.

Paul Dogboe, Isaac’s father, reported the news himself by video.

“Isaac Dogboe just had a little ankle injury when we went outdoors to train,” said Paul. “He stepped on a rock and fell when we were on the mountains training in Calabasas. It is just a minor setback and everybody is downhearted.”

Paul Dogboe also revealed that though minor, this injury is what has caused a delay in his son’s ring return. Dogboe was to face Carl Frampton on November 30 but pulled out earlier this week.

Dogboe is still working his way back to title contention after suffering successive losses to Emanuel Navarrete, who took Dogboe’s title away from him in their first encounter last December.

The losses compelled Team Dogboe to make changes. Isaac is currently training in California under the tutelage of James “Lights Out” Toney, one of the greatest fighters in modern history.

No word yet on when Dogboe will return to the ring.