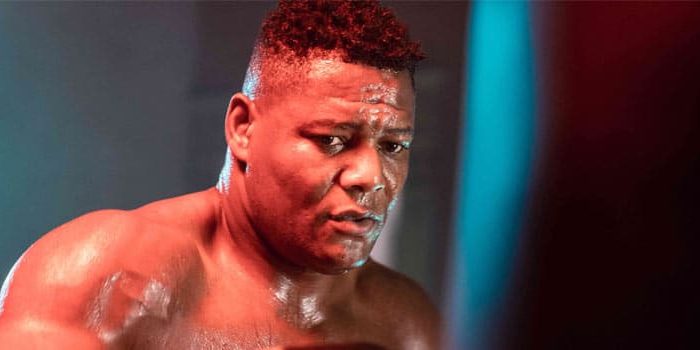 Luis Ortiz momentarily had it, and then, he didn’t.

It was the final minute of the seventh round versus WBC World Heavyweight Champion Deontay Wilder. Ortiz was battering Wilder, teeing off on him as he lay against the ropes.

In the sequence, it appeared that Ortiz would finish his foe and become the first Cuban-born heavyweight champion. Wilder, however, survived the scariest 45 seconds of his eleven-year career, recovered and went on to knock out Ortiz in round 10 to avoid the upset.

“I was beating him the first time clearly but eventually ran out of gas,” said Ortiz. “This is a great challenge for both of us. I was showing superior boxing, fighting and skills. That’s the plan again this time around. I’m going to try to rip his head off and take his body.”

Ortiz is preparing not to fall into the trap that Wilder’s powerful right hand presents by shifting his focus in training camp and elevating his endurance levels.

For the first time in his career, he’s left the comforts of his home and family in Miami and has set up camp in Sin City. He’s enlisted the help of Larry Wade, an assistant coach at the University of Nevada, Las Vegas track team who helps develop sprinters and hurdlers. Wade has also worked with former two-time world welterweight champion Shawn Porter and undefeated IBF World Super Middleweight Champion Caleb Plant.

Ortiz trainer Herman Caicedo said that training in Florida was somewhat of a detriment to Ortiz, who lived 10 miles away at home with his family. They also dealt with some mishaps during their first camp that prevented them from getting in the best shape possible.

“Luis came in [to the first fight] at 50-to-60%, but I won’t comment as to why. We would just be making an excuse, and we don’t need that,” said Caicedo. “We’re going to be more careful in what we’re doing. It’s being addressed. Hopefully both fighters come in at 100% and we get the nuclear explosion that we’re expecting.

“It becomes easy to take your mind off work and shoot home for the weekend and distract yourself. That’s not the case now with Luis. I along with his co-manager Javier Jimenez and his nutritionist are in his face 24-7. He doesn’t get a break. That becomes the driving fuel.”

The slick southpaw Ortiz said he wants to shed a few pounds and walk into the ring fight night as low as 235 pounds. He weighed 241¼ pounds in the first fight yet said that being a few pounds lighter will not necessarily give him a competitive advantage.

“His psychological approach, focus and commitment has improved,” said Caicedo. “We’ll be doing more of the same of what we’ve done before. We’ve always done training very well, but it will ultimately be decided in the ring.”

Ortiz has notched three wins since the loss to Wilder and feels that he’s picking up right where he left off.

“This is a continuation of the first fight for me. It’s round 11,” said Ortiz. “I was pushing the pace, and it was a bit slow because Wilder fights at a slow pace. He doesn’t throw more than 25-to-30 punches a round. I was the one triple jabbing, hitting him in the body, cutting the ring off and pushing him back every single round. I’m going to continue doing what worked well for me.”

Ortiz cruised through the first five rounds that night in Brooklyn, mostly outpointing Wilder with technical prowess. Then, toward the end of the fifth, Wilder connected with a straight right. Ortiz resembled a man on stilts as he wobbled and fell for only the second knockdown of his career. Ortiz rallied in the seventh, but ultimately was dropped and then stopped in the 10th following the third knockdown of the bout.

“He throws odd shots from different angles, slapping with the inside of his palms and to the back of my head and ear, and no one seems to care,” said Ortiz. “It caught me off guard. You can’t prepare for that in boxing. Somebody should be saying something. We’re going to make a deal out of [the illegal punches].”

The 40-year-old fighter also wants to get a fair shake on the scorecards should it come down to that in the rematch. Wilder was ahead by one point on all three judge’s cards (85-84) heading into the 10th.

“I understand the stoppage, but the judging was completely biased. There was no way I was losing that fight,” said Ortiz. “If the fight goes 12 rounds, I want the judging to be fair. It was mathematically impossible for me to be down at the time of the stoppage.”

Ortiz will again give up advantages in age, height and reach come Nov. 23. The Alabama-born Wilder is seven years younger, stands three inches taller and holds a five-inch reach advantage over Ortiz. Power, ultimately, could very well come into play as well.

“He’s one of the hardest punchers I’ve ever been there with. He’s a legitimate power puncher. If it weren’t for real power, he wouldn’t have the number of knockouts that he already has,” said Ortiz. “This fight is not going to go 12 rounds. We both have bad intentions in our punches. It’s a very risky fight for Wilder. He’s never going to see Tyson Fury.”

Many observers believe Wilder is potentially endangering his proposed super-fight rematch with Fury in 2020 by facing the dangerous Ortiz, a hungry fighter who escaped Cuba looking to secure a better life for his family.

“It’s an important fight for me,” said Ortiz. “If I win, it will take me to another level. I’m a humble family man. It will solidify forthcoming generations of my family, which is a big burden being lifted.”

Ortiz has plenty of motivation outside of the ring. His 10-year-old daughter Lismercedes suffers from the skin condition epidermolysis bullosa and the family has been seeking a cure at Stanford University. Round one of the treatments have helped tremendously, Ortiz said, and they’re getting ready for round two with Dr. Peter Marinkovich.

“I’m embracing all of this. I’m aware that opportunities are not just handed out. I’m forever grateful and ecstatic,” said Ortiz. “Destiny is a big part of life. I’m not going to make the same mistakes over again. A warrior does not abandon the mission, and the mission is to beat Wilder.

“Just like Joe Frazier needed Muhammad Ali, Wilder is going to need Ortiz. It will never be an easy fight no matter how many times we meet.”