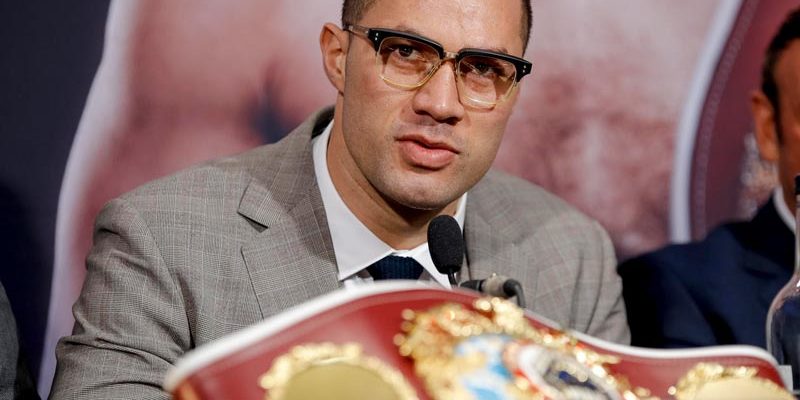 Make no mistake, having to withdraw from his scheduled clash versus Derek Chisora is merely prolonging the inevitable as far as Joseph Parker is concerned.

The former heavyweight titlist from New Zealand pulled up ill ahead of his now scrapped Oct. 26 clash versus England’s Chisora (31-9, 22KOs) at O2 Arena in London, England. The bad news was delivered by Eddie Hearn, who promotes both heavyweights and is now on the hunt for a new opponent to face Chisora, the brash former heavyweight title challenger who is a crowd favorite.

“Joseph Parker has been battling health issues at his (Las) Vegas training camp ahead of his October 26 fight,” Kevin Barry, Parker’s head trainer told BoxingScene.com through a team statement.

“Following detailed medical assessment, doctors have confirmed that Joseph is not physically able to train until medical clearance is given.

“A doctor’s certificate has been provided to Joseph Parker’s promoter (Matchroom Boxing) as this health issue will mean that he must withdraw from his scheduled fight.”

Parker (26-2, 20KOs) was looking to add to his current two-fight win streak, although in his most significant fight since a narrow loss to Dillian Whyte last July, also at The O2. The bout came four months after conceding his title to Anthony Joshua in their unification clash last March in Cardiff, Wales.

He’s since rebounded with stoppage wins over Alexander Flores and Alex Leapai, the latter marking his first fight under Hearn with sports streaming service DAZN. The Oct. 26 bout with Chisora would’ve also aired live on the platform along with Sky Sports Box Office in the United Kingdom, serving as the chief support to the World Boxing Super Series 140-pound finals between unbeaten titlists Regis Prograis (24-0, 20KOs) and Josh Taylor (15-0, 12KOs).

The show will go on for all involved parties, including Chisora against a hoped-for replacement opponent which Hearn suggested would be secured in the coming days.

As for Parker, the hope is that this piece of business can be revisited once he’s fighting fit.

“The fight against Derek Chisora continues to be one that Joseph and the team want,” insists Barry. “Once medical clearance is given, Team Parker wants to have the fight promptly rescheduled.”