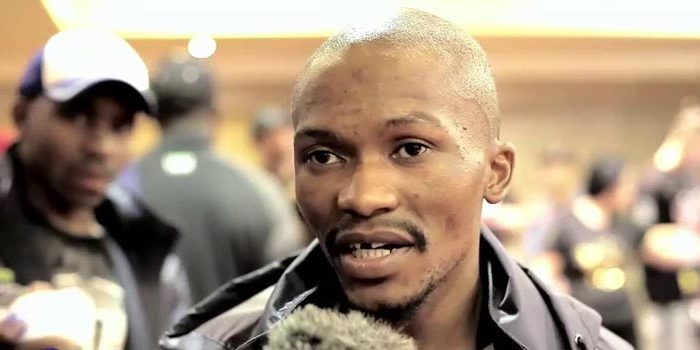 Menayothin has 11 successful defenses behind him, but the 33-year-old champion has shown signs of age and vulnerability in 2017 defences against Melvin Jerusalem and Tatsuya Fukuhara. However, he’s also shown he can blast a viable contender as he did with Leroy Estrada in five rounds last year. Khonco should prove himself a tough challenger.

South Africa’s Khonco, 19-5 (7), overcame a slow start to his career and gave then-champion Hekkie Budler a tough go. Many felt Khonco was unlucky not to be crowned after the final bell. Khonco will have to do more to separate himself from the champion if he is to win on the road in Thailand. The challenger has won four since his title defeat, but activity has not been a strong suit, unlike Menayothin. His opposition has been tough, though. He’s won decisions over then-unbeaten Siyabonga Siyo, former champion Nkosinathi Joyi and upset-minded contenders Lito Dante and Toto Landero. However, in his last outing, Simpiwe was dropped in round two before settling for a No Contest against Joey Canoy. Khonco was cut by an accidental headbutt. Had the bout been seen through, we might have a better idea of what to expect later this week.

Physically, champion and challenger are mirror images, standing at 5ft 2 1/2ins with an identical 64.5in reach. The champion rarely takes a backward step as he pressures in behind a high guard. He uses his left to set up the right hand, which is his best punch in terms of power. At 53-0 (18), Menayothin’s game doesn’t rest on seeking the knockout, but he sure knows how to chip away at a fighter to find victory. On the inside, the Thai champion can get some great work done, but Jerusalem was able to use his feet to step to the side to take away some of his offence.

Khonco can also be classified as a grinder as he needs to be inside to do his best work. It’s been almost five years since he’s scored a stoppage, so power isn’t his game either. Khonco will try to work away at the body with steady hooks to both sides. “Chain Reaction” has a great uppercut, which he steps inside with. He packs a lot of leverage on the shot and scored well against Landero with it.

I see an exciting bout unfolding for the fans provided we avoid clashes of heads. With the fighters so similar in stature and style, it’s a real possibility. Khonco will try to pressure from the start while the champion may try to apply a little more boxing from a distance, but within a couple of rounds the tone will be set and Menayothin will meet his challenger on the inside. This one should become a real phonebooth war with a lot of good body work on display. I expect the champion to get the benefit of the doubt in most rounds and expect a score not necessarily indicative of the true nature of the contest. However, I do foresee Menayothin’s right hand being effective enough in creating a cushion of comfort in terms of points. A mid-rounds knockdown of Khonco with the right hand would not surprise me either. At the end of the high-paced, punch-fest, I expect to see Menayothin victorious and one step closer to either a showdown with Knockout CP Freshmart or retirement.