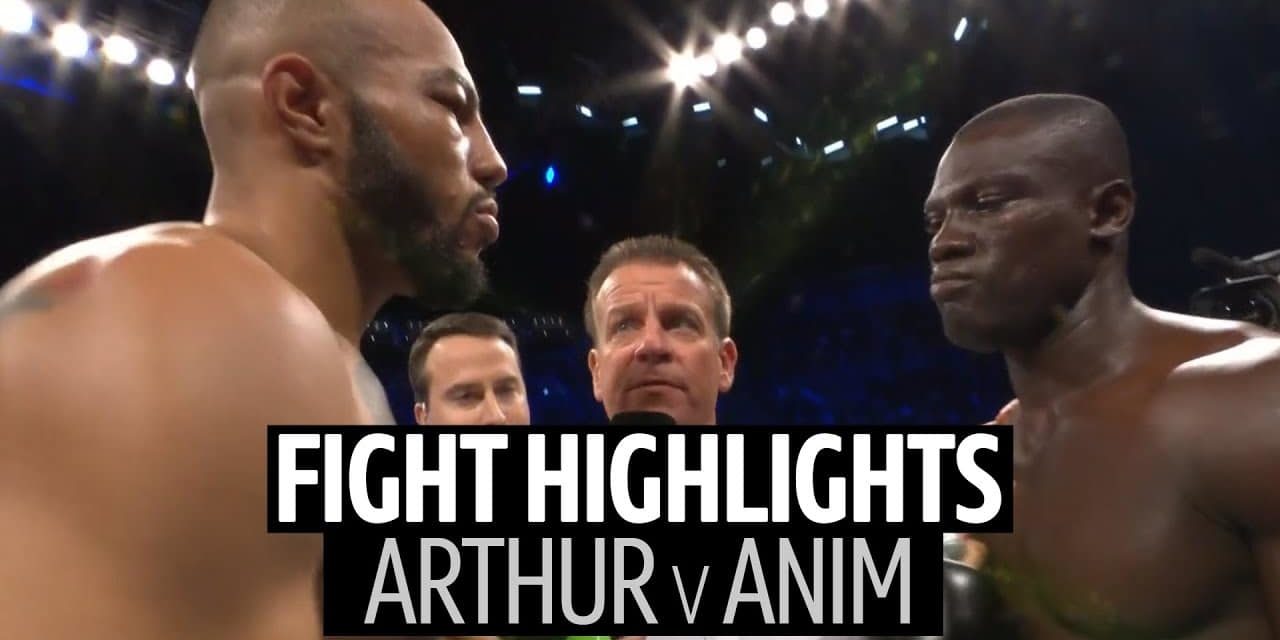 Arthur remained unbeaten Saturday night, but he’ll have to show more than he did in overcoming Emmanuel Anim to prove he’ll eventually test a 175-pound champion the way Yarde did against Sergey Kovalev on August 24. Ghana’s Anim pushed Arthur at times in a 12-round fight Arthur won by unanimous decision on the Josh Warrington-Sofiane Takoucht undercard at First Direct Arena in Leeds, England.

The 28-year-old Arthur, who’s promoted by Frank Warren, improved to 16-0 and went past the sixth round for the first time since he turned pro in September 2016. Arthur also won the British commonwealth light heavyweight title.

Anim connected with a straight right hand that backed up Arthur with just under a minute remaining in the 11th round.

A straight right hand and then a right uppercut by Anim moved Arthur backward and caused him to hold about a minute into the 10th round. Arthur was warned for hitting Anim behind his head with about 1:25 to go in the 10th round.

After dropping Anim in the fourth round, Arthur slightly out-worked Anim in the fifth, sixth and seventh rounds, none of which were exactly action-packed.

In the fourth round, Anim roughed up Arthur on three occasions – twice by placing him in front facelocks and once by hitting him behind the head. Arthur eventually responded by drilling Anim with an overhand that sent Anim to the canvas with 33 seconds to go in the fourth.

Anim managed to survive that danger and made it to the end of the round.

Arthur got off to a slow start and appeared to be buzzed by Anim’s right uppercut about 1:15 into the first round. Anim swarmed Arthur, landed several more flush punches and made Arthur cover up.

Anim seemed to out-work Arthur in the second and third rounds as well.