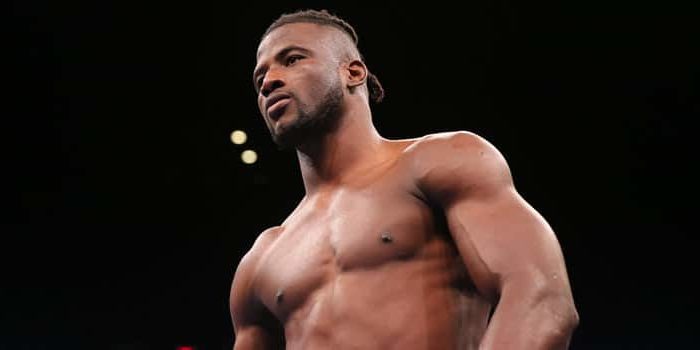 Rising heavyweight sensation Efe Ajagba will take on Iago Kiladze in a 10-round opening attraction Saturday, December 21, from Toyota Arena in Ontario, California.

Tickets for the event, which is promoted by Lions Only Promotions and TGB Promotions, are on sale now and can be purchased at Ticketmaster.com.

In the co-feature, former world champions Guillermo Rigondeaux and Liborio Solis will battle for the vacant WBA Bantamweight World title in the FOX PBC Fight Night co-main event and on FOX Deportes.

“With two world title fights and one of boxing’s most exciting prospects entering the ring, Saturday, December 21 is going to be a night of action that fans in Southern California won’t want to miss,” said Tom Brown, President of TGB Promotions. “In addition to the main event, one of boxing’s most skilled fighters, Guillermo Rigondeaux, will look to become a two-division world champion against a battle tested former champion in Liborio Solis. Plus, hard-hitting phenom Efe Ajagba hopes to pass another test with flying colors against Iago Kiladze to round out a tremendous lineup on FOX and FOX Deportes.”

Nigeria’s Ajagba (11-0, 9 KOs) most recently passed the toughest test of his professional career when he defeated fellow 2016 Olympian Ali Eren Demirezen by 10-round unanimous decision in July. The 25-year-old Ajagba gained widespread notoriety in August 2018 when his opponent, Curtis Harper, walked out of the ring after touching gloves to start the first round. Ajagba won the fight without throwing a punch as Harper was disqualified. Living in Stafford, Texas and training with Ronnie Shields, Ajagba has steadily increased his competition and added knockouts wins over Amir Mansour and Michael Wallisch this year.

The 33-year-old Kiladze (26-4-1, 18 KOs) broke a three-fight losing streak by fighting to a split draw in May against undefeated heavyweight Robert Alfonso. Kiladze’s losses had come against top heavyweight Adam Kownacki, Michael Hunter and Joe Joyce, who own a combined 34-1 record. Originally from Georgia and now fighting out of Los Angeles, Kiladze won six straight fights between 2014 and 2018.

Rigondeaux (19-1, 13 KOs) will look to move down and capture a title in a second weight class while showing off the masterful technical skills that made him a unified 122-pound world champion and perennial member of the pound-for-pound list. A two-time Olympic gold medalist for his native Cuba, Rigondeaux made his name with victories over the likes of Nonito Donaire, Rico Ramos and Joseph Agbeko. Most recently, Rigondeaux scored an exciting eighth-round stoppage of former champion Julio Ceja in June on FOX.

Born in Venezuela and fighting out of Panama, Solis (30-5-1, 14 KOs) will make his U.S. debut on December 21 while riding a five-fight winning streak. Solis captured a super flyweight world title in 2013 amidst a 14-bout unbeaten run. He has lost by decision in his two previous attempts at 118-pound title, including a controversial loss to Jamie McDonnell, which he has bounced back from on his current win streak.