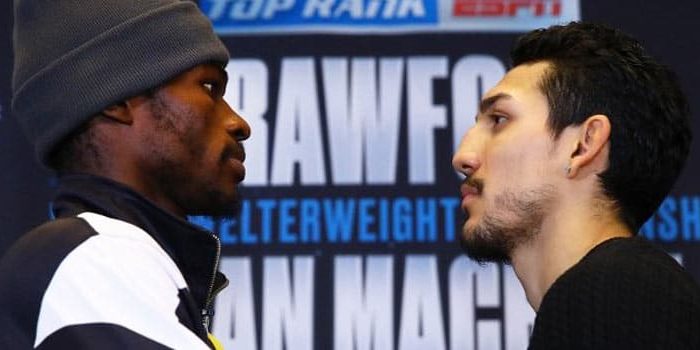 It’s going down Saturday night at Madison Square Garden and we at BoxingAfrica.com have got you covered!

In one of the most anticipated bouts this year, IBF World Lightweight Champion Richard Commey (29-2, 26 KOs) of Ghana defends his strap a second time versus dangerous mandatory challenger Teofimo Lopez (14-0, 11 KOs), a Honduran-American by way of Brooklyn, New York.

So how will the fight play out? Before you place your bets, here is everything you need to know about Commey-Lopez:

Commey, 32,  is coming off a solid eighth-round KO of veteran Ray Beltran last June. Beltran, though past his prime, used his savvy to bounce back from two knockdowns in the first and make it a fight. He had his moments in the middle rounds but a single left hook from Commey in the eighth put him away for good.

The 22-year-old Lopez had his first taste of adversity during his July unanimous decision win over Japan’s Masayoshi Nakatani. Nakatani’s height and frame gave Lopez problems, but the Big Apple native showed a good ring IQ, digging deep to finish strong and claim the mandatory spot.

The winner of Commey-Lopez will be in line to take on unified world lightweight champion Vasiliy Lomachenko.

Commey is an athletic seek and destroy fighter. Standing 5-foot-8 with a 71-inch reach, he is taller than the average lightweight. When he uses his jab judiciously, he is extremely effective and hard to beat. Commey packs power in both hands but his right hand is his money punch. He also works the body well and isn’t afraid to engage. Commey has a sturdy chin but he can be hurt. He also tends to drop his hands when his back is against the ropes, something he does often but has improved in recent bouts.

Lopez is a boxer-puncher blessed with good hand speed and power in both hands. He often eschews the jab for lead left hooks and prefers to counterpunch. However, he has shown the ability to box behind an educated jab and his ring IQ may be his most underrated weapon. Lopez’s chin hasn’t truly been tested yet, neither has his intestinal fortitude, during his 14-fight pro career.

Commey is motivated not only by his desire to make Ghana—and Africa—proud, but by a promotion that has him playing second fiddle to Lopez even though he’s the champion. This is his opportunity to stamp himself as the greatest champion out of Ghana since Ike Quartey, and challenge Vasiliy Lomachenko for all the marbles in a fight that could catapult him to the Hall of Fame. He’s experienced, having fought the likes of Robert Easter Jr., Denis Shafikov and the aforementioned Beltran. He’s also still hungry, eager to prove he is the man at 135.

Lopez seems to have learned from the errors of the Nakatani bout and taken training for Commey far more seriously. He also enlisted the help of trainer Joey Gamache, a former two-time world champion who studied under the late Emmanuel Steward and was the man behind Otto Wallin’s terrific performance versus Tyson Fury in a losing effort. Lopez, an ultra-talented contender who talks a good game, believes he is the leader of the new school and has repeatedly called out Lomachenko. He’ll need to go through Commey first.

Who can impose their will on the other? Commey would do well to apply pressure behind the jab and work Lopez’s body, setting him up for the big head shots late. However, it’s a dangerous strategy as Lopez is every bit as good a boxer. Further, Lopez is a skilled counterpuncher and will be looking to catch Commey coming in.

This fight could come down to who takes the other’s punch better. If Commey is unphased by Lopez’s counters—and his dangerous power shots—Lopez will be in for a long night. However, if Lopez can make the Ghanaian respect his pop, or even catch him coming in, the reverse holds true.

Our Prediction: BoxingAfrica.com sides with our brother Commey to impose his will on Lopez, break him down and then put him away in the late rounds for the biggest win and finest performance of his impressive nine-year career.