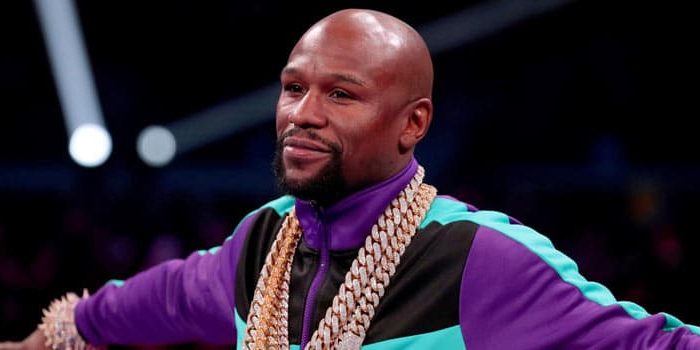 Blockbuster TV contracts and soaring endorsement deals from battling shoe giants Nike and Adidas were a boon to the earnings of the world’s elite athletes over the past decade. Before the decade began, Tiger Woods was the only athlete on the planet to earn more than $80 million during the course of a year. Since 2010, more than a dozen could make that claim.

None made more than boxing champion Floyd Mayweather, who brought in $915 million in the past 10 years, $115 million more than any other athlete, without collecting a single paycheck from a team owner or an eye-popping sponsorship deal. His run for the money began in earnest in 2006 when he broke free from promoter Top Rank via an opt-out clause in his contract that cost him $750,000 to execute. He soon started his transformation from the “Pretty Boy” moniker of his early career to “Money” Mayweather and began managing his own fights and promoting them through Mayweather Promotions.

His paychecks skyrocketed, as much-anticipated bouts in 2015 and 2017 versus Manny Pacquiao and Conor McGregor lured in the masses, generating a combined 10 million pay-per-view buys that paid him more than $500 million, the two biggest one-night payouts in the history of sports.

Boxers are never really retired, and the same holds true for Mayweather whose bout with McGregor, which ran his record to a perfect 50-0, was to be his last time in the ring as a pro. Yet, Mayweather posted on Instagram last month that he is coming out of retirement in 2020.

A pair of global soccer icons follow Mayweather. Cristiano Ronaldo (No. 2, $800 million) and Lionel Messi (No. 3, $750 million) have traded Player of the Year awards, winning 11 of the last 12, and their respective soccer clubs pushed their salaries to dizzying heights. Messi was the world’s highest paid athlete in 2019 at $127 million, thanks to $92 million from Barcelona. Ronaldo nudged above him for the full 10 years with the help of endorsement earnings, primarily from Nike.

Forbes’ annual rankings of top-earning athletes looks at salaries, prize money, bonuses, endorsements, appearance fees and licensing income. The top 10 for the decade, which includes a pair from boxing, soccer, basketball and golf, collectively made $6.1 billion. No baseball, football or hockey players made the cut. We also excluded earnings for athletes during their retirement years, keeping NBA stars like Kobe Bryant and Michael Jordan out of the top 10. Serena Williams is the only woman among the 40 highest-paid athletes of the decade, earning $215 million.

The six-time F1 World Champion is the most marketable athlete in the sport and commands the biggest paycheck.

Durant’s annual earnings from his salary and endorsements jumped 400% during the course of the decade.

Pacquiao’s 25 pay-per-view fights have generated 20 million buys and an estimated $1.3 billion in revenue.

Mickelson nabbed the biggest paycheck of his career in 2018 when he defeated his longtime rival Woods in an exhibition for a $9 million purse.

Playing Captain Tiger Woods celebrates with the cup after they defeated the International team 16-14 during the 2019 Presidents Cup.

Tiger averaged only 10 PGA Tour events per year during the 2010s, but his endorsement earnings for the decade were tops among athletes.

James has made more than twice as much from endorsements during his first 16 years in the NBA, compared to his $270 million in playing salary.

Messi’s 2019 playing salary for Barcelona is the highest of any athlete across all team sports.

Ronaldo’s endorsement partners benefit from his massive Instagram and Facebook followings, which both rank as the biggest of any person on the planet.

Mayweather pocketed more than $500 million combined for his 2015 and 2017 fights versus Manny Pacquiao and Conor McGregor.