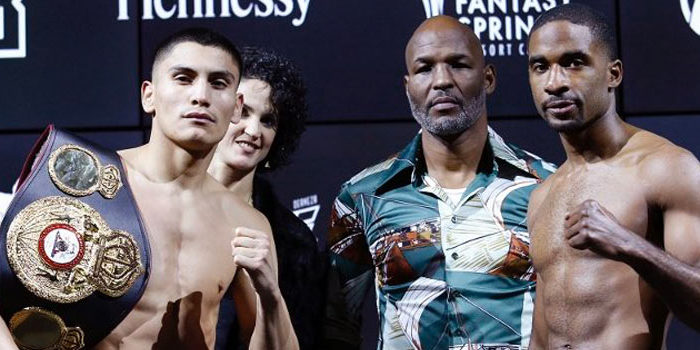 The event will take place Friday, Dec. 13 at Fantasy Springs Resort Casino in Indio, Calif. and will be streamed live as part of fight season on DAZN.

Since debuting as a professional in 2016, Ortiz Jr. knocked out every opponent in sight. The native of Grand Prairie, Texas, who has roots in Michoacan, Mexico, will return after passing the toughest test of his career with flying colors: a sixth-round stoppage victory against former world title challenger Antonio “Relentless” Orozco earlier this year. This young man is excited to return to Fantasy Springs Resort Casino, the place where he made his professional debut over three years ago.

Solomon is a 36-year-old contender of Lafayette, Lousiana who was a standout amateur boxer before debuting as a professional in 2008. Aside from winning several Golden Gloves titles, Solomon also possess an amateur win over Javier Molina. As a professional, he as defeated tough fighters such as Freddy “The Rail” Hernandez and Adrian “El Tigre” Granados. Solomon will look to put is career back on track to a world title if he can get past Ortiz Jr.

In the co-main event, Alberto “Explosivo” Machado (21-2, 17 KOs) of San Juan, Puerto Rico will make his highly anticipated return in a 10-round fight. Machado will officially make his debut at 135 pounds after losing his WBA Super Featherweight World Title against Andrew “El Chango” Cancio. Machado will look to make a campaign for a world title in this new division.