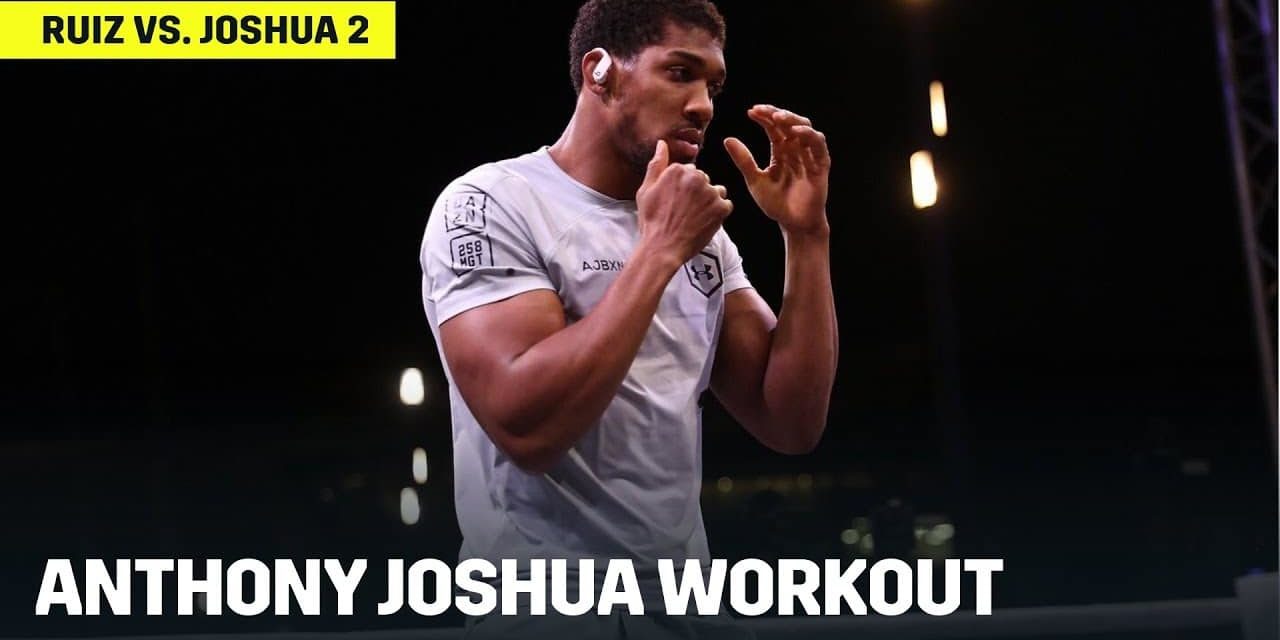 Even if he knocks out Andy Ruiz Jr. in their rematch Saturday night, Anthony Joshua doesn’t think they’ll have seen the last of one another in a boxing ring.

The former WBA/IBF/WBO world heavyweight champion predicted following an open workout Tuesday in Saudi Arabia that, no matter the outcome of their immediate rematch, he and Ruiz will fight a third time. There is not a clause in their contracts that guarantees a third bout between them, but Joshua considers their styles perfectly suited for repeatedly producing compelling fights.

“He’s been on my mind five weeks prior to June 1st, because that’s when he came in as a replacement [for Jarrell Miller],” Joshua told Sky Sports during an interview in the ring after his open workout. “And he’s gonna be on my mind forever because all of these boys, we’re all gonna fight anyway. Me and Andy Ruiz, if he’s dedicated to the game, we’ll definitely see each other a third time down the line as well. This ain’t gonna be the last time I see Andy Ruiz.”

When asked if he is certain that they’ll square off a third time, Joshua replied, “Yeah, because I think we make for good fights. I think there’s definitely gonna be a knockout in this fight as well. And I think that’s what the people wanna see, is bloodshed and knockouts, so I think we’ll definitely see each other a third time.”

If Joshua avenges his stunning, seventh-round, technical-knockout defeat by beating Ruiz in Diriyah, Saudi Arabia, his win would warrant a rubber match because each heavyweight would have won one bout apiece. If Ruiz defeats Joshua again, particularly if he stops the British superstar a second time, there wouldn’t be much demand for a third encounter.

Regardless, the winner will have two mandatory defenses due – one to retain the IBF belt (Kubrat Pulev) and one to keep the WBO championship (Oleksandr Usyk). Joshua or Ruiz could give up one or both of those titles to face someone other than Pulev or Usyk next.