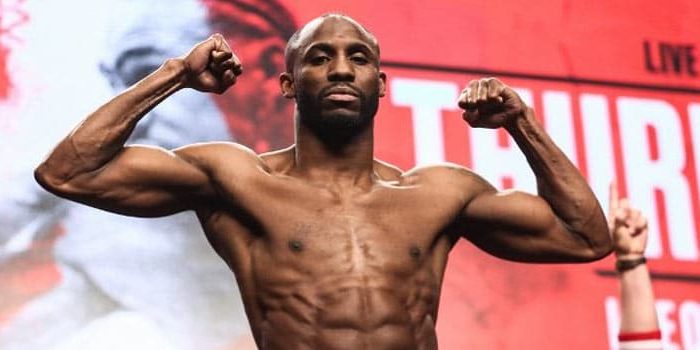 Televised coverage begins at 8 p.m. ET/5 p.m. PT and is headlined by the Cuban sensation Ugas who has made a rapid rise up the welterweight rankings in recent years and will look to step closer to a second world title fight with an impressive performance against the veteran Dallas.

Tickets for the event, which is promoted by TGB Promotions, are on sale now and can be purchased at the Beau Rivage Theatre box office and through Ticketmaster.com.

“This Super Bowl weekend will include great action on Saturday, February 1 with one of the welterweight division’s most dangerous and skilled fighters in Cuba’s Yordenis Ugas,” said Tom Brown, President of TGB Promotions. “Ugas has proven to be a force at 147-pounds and will need to be at his best against the crafty veteran Mike Dallas if he wants to earn another world title fight. Both fighters are going to leave it all in the ring on FS1 and FOX Deportes at Beau Rivage Resort Casino in Biloxi, Mississippi.”

The 33-year-old Ugás (24-4, 11 KOs) has been one of the busiest welterweight contenders in boxing since returning from a layoff in 2016. Ugás, who is from Santiago, Cuba and now lives in Miami, Florida, was on an eight-fight win streak before losing a narrow split-decision to Shawn Porter in a world title fight on FOX in March.

The Olympic bronze medalist beat then undefeated fighters Jamal James and Bryant Perrella, plus veteran contenders including Thomas Dulorme and Ray Robinson on his winning streak heading into the Porter fight. Ugas returned to action in July to give former world champion Omar Figueroa his first loss as Ugas dropped his opponent in round one on his way to a unanimous decision.

“I’m very excited to be returning to the ring,” said Ugas. “This is a huge weekend for sports fans and I’m very motivated fighting one day before the Super Bowl. You know when you get a Ugas fight you get all action, all the time and I’m looking to put on a Super Bowl worthy performance. Mike Dallas is a smart tricky fighter with a lot of heart and I know he’ll be at his best. I’m fully focused on the task at hand but after I handle business, I want to fight the best welterweights in the world.”

The Bakersfield, California native Dallas (23-3-2, 11 KOs) enters February 1 on a five-fight unbeaten streak, including a split draw against undefeated contender Dusty Hernandez Harrison. The 33-year-old most recently defeated Moris Rodriguez in October and has challenged Lucas Matthysse for a world title while also stepping in against notable veterans Josesito Lopez and Mauricio Herrera. Dallas turned pro in 2008 after an impressive amateur career and was unbeaten in his first 18 bouts.

“I just want to say that I’m ready to take advantage of this opportunity,” said Dallas. “I’m ready to give it my all in the ring on February 1. This is going to be a great fight and I’m working extremely hard to be at my best when we step in there.”