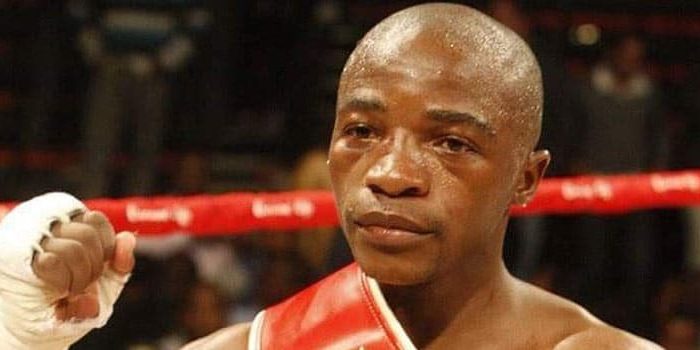 There was one clear winner for the BoxingAfrica.com 2019 Africa Fighter of the Year. He is none other than South Africa’s finest, IBF World Flyweight Champion Moruti Mthalane.

Mthalane (39-2, 26 KOs) is currently the only world champion from Africa and is easily one of the best in from anywhere, period. After notching a 10th-round TKO over Masahiro Sakamoto in Macao on December 31, 2018, Mthalane made his 2019 debut on May 13, traveling to face Masayuki Kuroda at Korakuen Hall in Kuroda’s native Tokyo, Japan. Mthalane defended his title in decisive fashion, winning a unanimous decision on enemy territory.

On December 23, “Babyface” would return to Japan, this time squaring off against Akira Yaegashi in an anticipated showdown. The two warred for much of the fight, but the heavy artillery came from Mthalane, who worked Yaegashi’s body and ultimately slowed him down. The work paid off as a series of brutal combinations forced the bout’s stoppage at 2:54 of the ninth round.

For Mthalane, it was simply another day at the office. The two-time world champion holds win over compatriot Zolani Tete, Muhammad Waseem, Isaac Quaye and the aforementioned opponents. At 37, Mthalane remains youthful as ever. But we shouldn’t wait until he retires before bestowing him with the honors he deserves. That is why he is the BoxingAfrica.com 2019 Africa Fighter of the Year.

Runner-up: The year may not have ended as he would have liked, but Richard Commey has plenty to be proud of, earning the first runner-up award for 2019.

Commey won the Africa Fighter of the Year award in 2018 and picked up right where he left off as 2019 began. On February 2, he captured the vacant IBF World Lightweight title with an explosive second-round TKO over Russia’s Isa Chaniev at The Star in Frisco, Texas.

Ghana’s Commey (29-3, 26 KOs) returned on June 28, notching an impressive eight-round KO of veteran former world champion Ray Beltran at Pechanga Resort & Casino in Temecula, California. His title reign abruptly ended at the hands of undefeated phenom Teofimo Lopez last December. But if the past is any indication, expect Commey to return to the top once again, possibly sooner than later.