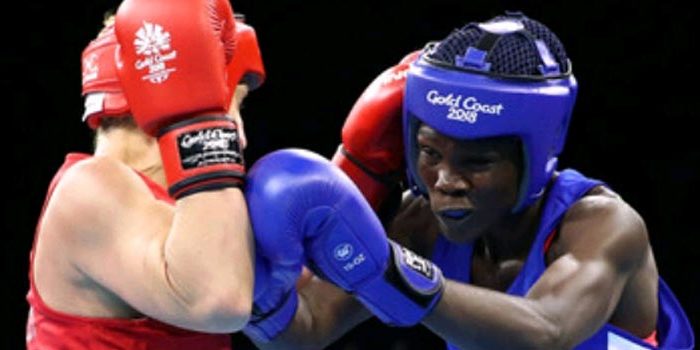 Australian boxing is set for a huge year with the emergence of genuine Olympic gold medal prospect, a much-anticipated super fight and several fighters looking for world title shots.

“I’ve just gotten used to hearing it (the hype) now, so I’ve kind of embraced it,” Huni told AAP.

Huni won a world championship bronze medal last year in Russia, where a bout of gastroenteritis forced him to pull out of his semi-final but did nothing to quell the impression that he is a special talent.

“Justis is the most exciting amateur prospect I have seen in my time in boxing and I rate him as the best heavyweight amateur prospect ever in the history of Australian boxing,” said leading matchmaker Stuart Duncan.

Huni must finish in the top four of Olympic Asia/Oceania qualifying tournament in Wuhan, China next month to book his spot at the Tokyo 2020 Games.

There’s every chance he could fight world championship gold and silver medallists, Uzbkistan’s Bakhodi Jalolov and Kazakhstan’s Kamshybek Kunkabayev respectively, in the semi-final and final.

“It would be a good test of myself to see where I’m at. I think they are both pretty average,” Huni said.

Even before the Tokyo Olympics in mid-year there’s plenty for boxing fans to get excited about.

The eagerly-awaited junior middleweight fight between world-ranked Tim Tszyu and former WBO welterweight champion Jeff Horn is a good chance of happening in the second quarter of the year.

Horn is coming off two memorable slugfests with Michael Zerafa, while Tszyu has emerged from the vast shadow of his famous father Kostya to prove he is a genuine world-level prospect.

“The two that stand out in my opinion are definitely (super featherweight) Liam Wilson and (super middleweight) Mateo Tapai and I would definitely throw Sam Goodman in that fold,” Duncan said.

“You’ve got guys who are a little more progressed with their career like (super middleweight) Jayde Mitchell and (middleweight) Zerafa, I’d say watch this space.

“(Super bantamweight) Brock Jarvis, I rate as one of the most exciting young up and coming boxers in Australia.

“(Light heavyweight) Isaac Hardman is a surprise packet that everyone wants to keep their eyes on.”