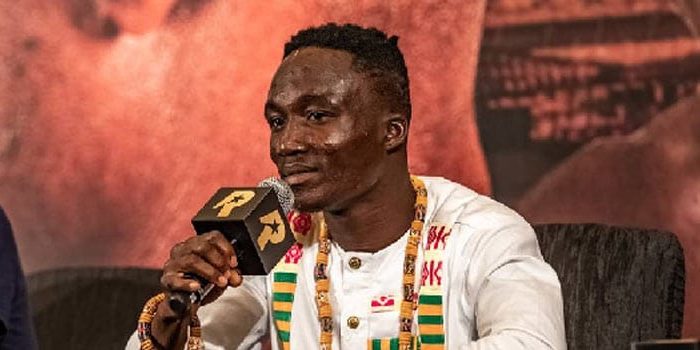 Plange, who was originally scheduled to fight for the World Boxing Organization (WBO) Global super flyweight championship against John Chuwa, saw his bout postponed due to financial constraints.

However, he has been assigned a new opponent on the night in a bid to keep his fitness until his WBO Global title fight is sorted out.

In an interview with the Daily Graphic, the matchmaker, Mr. Yoofi Boham, confirmed the undefeated Olalekan as Plange’s new opponent.

“Manyo Plange will be fighting on the night despite having his WBO Global bout with Chuwa cancelled. We are looking forward to keeping him fit until we arrange a title fight for him,” he stated.

Mr. Boham explained that Chuwa’s representatives had been notified of the cancellation of the bout.

“As it stands now, Manyo Plange will not be fighting Chuwa on Friday because the bout has been cancelled due to financial constraints.

We have informed his opponent’s camp of the postponement, but we are working to ensure he fights for the belt before the year ends,” he added.

Meanwhile, Wasiru “Gyatabi” Mohammed will headline Friday’s Bukom Fist of Fury bill against Benin’s John Amuzu who is expected in the country for an official weigh-in at the Bukom Boxing Arena today.

The boxing league will feature a rich line-up of juvenile, amateur and professional fights on the night.