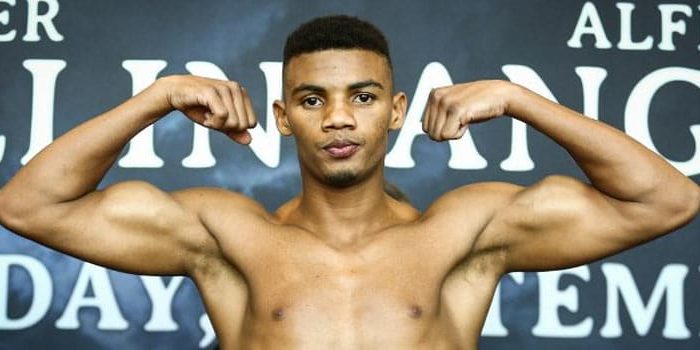 The action will also include unbeaten prospect Omar Juarez in a super lightweight showdown against Mexico’s Angel Hernandez, plus hard-hitting prospect Raymond Guajardo in a six-round super welterweight affair against Clay Collard. Coverage begins at 8 p.m. ET/5 p.m. PT and is headlined by top welterweight Yordenis Ugas taking on Mike Dallas Jr. in a 12-round attraction.

Tickets for the event, which is promoted by TGB Promotions, are on sale now and can be purchased at the Beau Rivage Theatre box office and through Ticketmaster.com.

The 21-year-old Rivera (17-0, 11 KOs) made his U.S. debut in June with an impressive victory dropping Rene Tellez Giron on his way to a unanimous decision. Representing Santo Domingo, Dominican Republic, Rivera has fought professionally since 2016 and most recently stopped Jose Luis Gallegos on FS1 in September.

Fighting out of his native Albuquerque, New Mexico, Maldonado (27-4-1, 20 KOs) has faced a slew of top contenders and has picked up a victory over Pablo Cesar Cano and a draw against Art Hovhannisyan throughout his career. The 28-year-old enters this fight on a three-fight winning streak since a 2017 defeat to Ismael Barroso.

The 20-year-old Juarez (6-0, 4 KO) was a highly decorated amateur who turned pro in September 2018 and has been on an active pace thus far. Representing his hometown of Brownsville, Texas, Juarez scored five victories in 2019 including a pair of knockouts on FS1 as he stopped Gino De la Paz in front of his hometown crowd in August and Kevin Shacks in November in Las Vegas. He will be opposed by 20-year-old Hernandez (10-1, 10 KOs), who fights out of Mexicali, Mexico, and will be making his U.S. debut on February 1.

Representing his hometown of San Antonio, Texas, Guajardo (5-0, 4 KOs) most recently delivered a highlight reel knockout over Donnis Reed in the first round of their December 21 showdown on FS1. The 19-year-old turned pro in March 2019 and has only gone the distance in one of his first five contests, including three-straight first round knockouts. He will take on the 26-year-old Collard (5-2-3, 1 KO) who fights out of Cache Valley, Utah and most recently defeating then unbeaten Quashawn Toler on January 3.