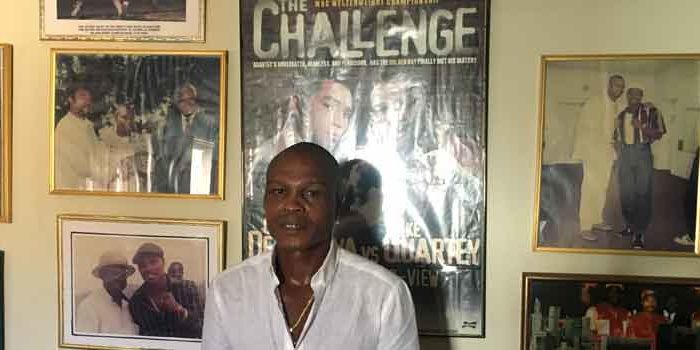 U.K. boxing magazine, Boxing News, the oldest boxing publication in the world, has just published their list of the greatest fighters in Ghana boxing history.

The full story can be found here. Here is their list below — tell us what you think!

Regarded by many as the greatest African fighter in history, Nelson is a former WBC featherweight and two-time super-featherweight champion. He contested 24 world title fights during his Hall of Fame career.

Quartey successfully defended the WBA welterweight crown on seven occasions, prior to losing the belt outside of the ring. The man with the masterful jab dropped a controversial verdict to Oscar De La Hoya.

Popularly known as “D.K Poison”, Kotey became Ghana’s first-ever world titlist when he took the WBC featherweight strap from Ruben Olivares in 1975. He lost it to Danny Lopez in his third defense.

While reigning as the Empire (Commonwealth) featherweight king, Robertson twice challenged for the world title at 126lbs. In his first crack at the championship, he looked unfortunate to lose to Sugar Ramos.

A two-time IBF bantamweight belt-holder, Agbeko upset Vic Darchinyan during his first run as champion. His second reign came to an end when Abner Mares got past him in contentious circumstances.

The exciting Dogboe tore the WBO super-bantamweight title from Nonito Donaire-conqueror Jessie Magdaleno. Despite being deposed by Emanuel Navarrete, he remains a contender at 122lbs.

After winning over a century of bouts in his homeland, Ankrah took his considerable talents to the UK, where he collected the Empire (Commonwealth) featherweight crown and fought in a world title final eliminator.

Similarly to Dogboe, Commey is an ex-world titlist who is still highly rated in his division. Before having his IBF lightweight belt taken by Teofimo Lopez, he had triumphed in two title contests.