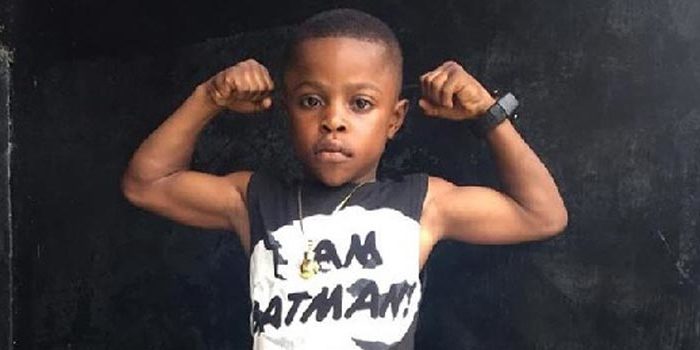 Daniel Larbie, father and trainer of boxing prodigy, Prince ‘The Buzz’ Larbie, has predicted a world title for his son by age 19.

Daniel is hopeful Larbie would make an Olympic Games appearance by age 14 before turning professional by 17 years.

Larbie, 7, has proved to be the best fighter at his age in the country, having begun training under his father at the Will Power Boxing Club at Bukom in Accra.

In an interview with the Junior Graphic, Daniel said his son developed the love for the sport at age five when he followed him to the gym regularly.

“I was a boxer myself under the late coach Napoleon Tagoe. I took over the coaching duties at the gym when he died and that was how I started going to the gym with my son,” Daniel said.

“I wasn’t happy at the initial stage when Larbie decided to train as a boxer so I used to beat him but he won’t stop. There are times that I leave him at home to the gym but he will always find a way to come around,” he added.

“So I decided to help him realise his dreams by training him. I can tell you now that he has improved tremendously and has a lot to achieve in boxing. I believe he can become a world champion by 19 years.”

“We are planning on getting him in shape to compete at the Olympic Games by 14 years and then prepare him for the professional stage by age 17, ” he explained.

Larbie’s decision to box did not go down well with his mother, Matilda Ahiabu. She preferred him to access quality education to a dangerous sport such as boxing.

However, Matilda feels proud whenever she sees Larbie on television and has endorsed the youngster’s decision to ply a trade in the fistic sport.

“I am so glad that through boxing he is gaining so much attention from the public even though I wasn’t in favour of him going into boxing at the initial stage,” she said.

“With the way he is going, I believe he would make us proud with the God-given talent,” she said with a smile.