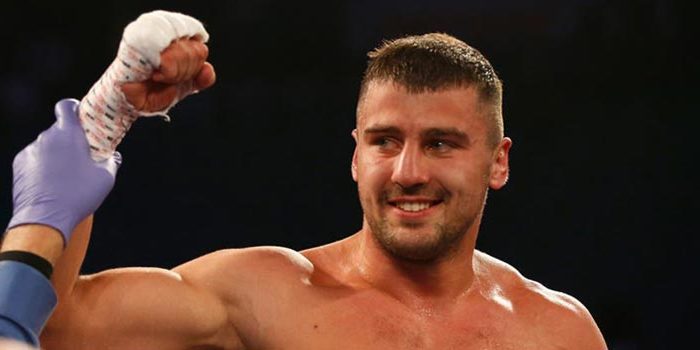 Former WBC light heavyweight champion Oleksandr Gvozdyk of Ukraine has announced his retirement from boxing at the age of 33.

His manager, Egis Klimas, told ESPN that Gvozdyk (17-1, 14 KOs) was stepping away from the ring to pursue business opportunities.

“He’s a very smart guy, so he thinks it’s going to be inconvenient for him to do that kind of business and box at the same time,” Klimas said on Tuesday afternoon. “So he needs to give himself 100% to boxing or business. So he decided to do that.”

Klimas insists that Gvozdyk’s decision had nothing to do with his 10th-round stoppage loss to Artur Beterbiev last October in what was a unification clash.

“Actually, what kept him from moving away from boxing, that motivation to go back into the ring, was Beterbiev,” Klimas explained. “That was the only one holding him because he wanted to get that rematch. There might be a possibility that someone will get him a rematch, he might change his mind.”

Prior to that, the former 2012 Olympic bronze medalist, had reached the pinnacle of his career by dethroning longtime belt holder Adonis Stevenson in 11 rounds in December 2018, under the guidance of hard-nosed trainer Teddy Atlas, who spoke highly of his former pupil.

“All you need to know is that I wasn’t planning on coming back [to train], just like I wasn’t with Timmy Bradley at the time. I only did it because of the kind of human being that he was — same as Timmy,” said Atlas, who spoke with Gvozdyk about his decision on Monday.

“Obviously he was a tremendous fighter, a bronze medalist, won a world title. But again, it starts with me, my decision to train him, it was all based on visiting him for a few days and seeing the kind of person, the father, husband and man that he was.”

Atlas says of Gvozdyk’s effort versus Stevenson, “He fought just about as perfect a strategic fight as one could.” Adding, “He showed everything you need to have to become a world champion in that one fight.”

Gvozdyk was promoted by Top Rank throughout his professional career.

“It’s been a pleasure for us to have promoted Oleksandr Gvozdyk, who not only proved himself to be a great fighter, but is also one of the most highly intelligent boxers that we have had the pleasure of promoting,” said Bob Arum of Top Rank. “Thankfully we worked well together with him and lead him to a world championship.

“He’s now bound and determined to pursue a business career, and a very important business opportunity. We know he will succeed because of his ability, character and perseverance. Everybody at Top Rank wishes him the greatest good fortune in his next career.”