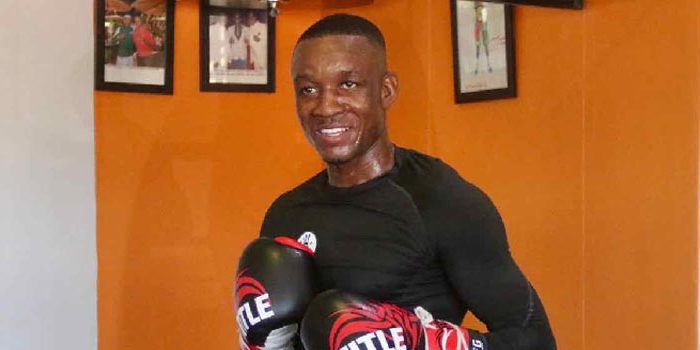 Namibia’s Sakaria ‘Desert Storm’ Lukas is temporarily missing out on an opportunity to fight against America’s Jessie Magdaleno.

Lukas, who remains in Namibia due to worldwide travel restrictions, now has to wait a bit longer for another opportunity to fight in the U.S.

Before the outbreak of the Corona Virus, Sakaria Lukas was in the U.S. preparing to fight for the WBC World title eliminator.

Due to the recent developments concerning the pandemic, however, the organizers had to cancel the bout, which resulted in the former Africa champion’s return to Namibia.

With the return of boxing in America, Lukas’ opponent is set to face Miami-based Dominican Yenifel Vicente and not the Namibian as previously announced.

According to Lukas’ trainer, the changes were necessitated by the worldwide travel restrictions.

“During the pandemic everything changed completely. A lot of fighters have been restricted to travel to the United States, but Boxing has to go ahead, Lukas could have fought even this week, if there was no restriction for us to travel” Moses said.

Nonetheless, Lukas has been assured of a fight next month or early in August, depending on the travel restrictions.

But will this fight be against Magdaleno?

“You may be surprise if you hear that Lukas is fighting someone else, because there are so many fights lined up, like he was also line up for the IBF final eliminator. Only sanctioned bodies that are located in the US will be able to do title fights depending on the fighters that are in the location” he said.

The 35-year old Namibian boxer still enjoys a clean record of 28 wins from the same number of professional fights.