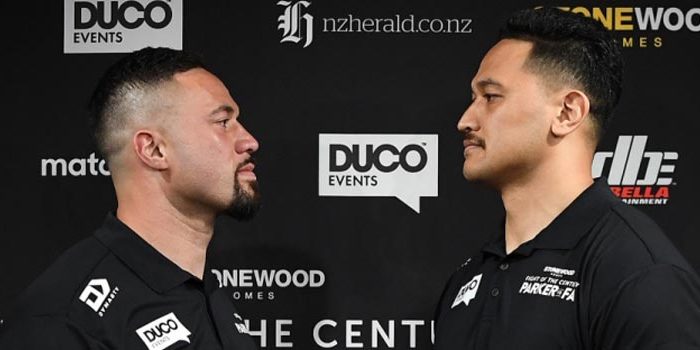 Joseph Parker and Junior Fa will clash in the biggest fight in New Zealand boxing history, live on DAZN from Spark Arena, Auckland, on Friday December 11.

Former WBO World Heavyweight ruler Parker (27-2 21 KOs) is ranked #3 with the WBO and is plotting his return to World champion status having stopped Shawndell Winters in five rounds in his last outing in Dallas in February.

Unbeaten Fa (19-0 10 KOs) is hot on Parker’s heels in the WBO rankings at number six and the 30 year old will be determined to come out on top in the biggest fight of his life with huge stakes on the table. The South Auckland fighters are aiming for a shot at the WBO World title and the winner of this highly anticipated bout will put them on a trajectory for a huge 2021.