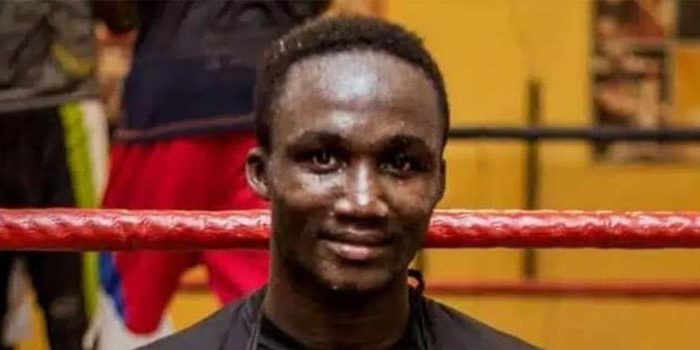 After eight years of toiling in anonymity, one of Ghana boxing’s best kept secrets may be on the verge of a breakthrough.

Bantamweight contender Jesse Manyo Plange is closing in on a world title shot. But first, he may have to get past Reymart Gaballo in a fight currently under negotiation.

Plange (20-0-1, 17 KOs) is ranked third by the WBA at bantamweight while Gaballo is their number one contender. A fight could occur during the first quarter of 2021. The winner could become the mandatory challenger to the title currently held by ring legend Guillermo Rigondeaux.

“All I am doing now is training and waiting patiently on whom to fight next,” Plange told BoxingAfrica.com. “I need fighters like Gaballo to adequately prepare me for the world title.”

It’s been a difficult journey for the 32-year-old Bukom product, who hasn’t fought on American soil and has only one bout outside of his native Ghana. That fight occurred back in 2018, when he traveled to Singapore and battled Michael Dasmarinas to a dubious 10-round draw.

“I won that fight in Singapore but it was declared a draw,” said Plange. “I blame it on managerial issues in the past. I believe that has delayed my chances of becoming a world champion.”

The verdict has given Plange a sense of urgency. He returned to Ghana and won a unanimous decision over Emmanuel Otoo in June 2019. Six months later, he knocked out Edward Kambasa in eight rounds.

Last January, Plange stopped Nigeria’s Sherif Kareem in another impressive performance. Then the COVID-19 pandemic struck. With all contact sports banned in Ghana and unable to leave the country, Plange hasn’t fought since.

His next fight could be the step up he’s been waiting for. Yoofi Boham, Plange’s technical adviser, says they are working on two potential opponents for his fighter in preparation to face Rigondeaux. Gaballo is one of them. The hard-hitting, undefeated phenom hails from the Phillipines and is promoted by Manny Pacquiao.

Gaballo, 24, 23-0 (20 KOs), is also seeking to establish himself on U.S. soil. He’s fought there three times, including August 2019, when he stopped Yeison Vargas in three rounds on a Premier Boxing Champions (PBC) show.

“We want him to fight Gaballo to earn a mandatory shot at the belt. He is a great fighter from the Philippines who would give Plange a good contest,” Boham said. “The fight is yet to be confirmed but we are still negotiating. I’m sure we will come to a conclusion soon for Plange to return to the ring.”

Plange’s trainer, Lartekwei Lartey, agrees. “We can’t wait to fight Gaballo to prove our readiness for the title. Gaballo is an undefeated boxer who I believe would give us a good fight. That’s the kind of fight we want before we challenge for the championship.”

For Plange, a victory over Gaballo would simply be a prelude to achieving his ultimate goal.

“I think it’s time to fight in the US to announce myself to the world,” said Plange. “The focus is to fight Rigondeaux for the title but beating Gaballo would be a booster to that bout and I’m ready to grab that. I know I will one day be a world champion at a point in my career and I’m working towards that.”