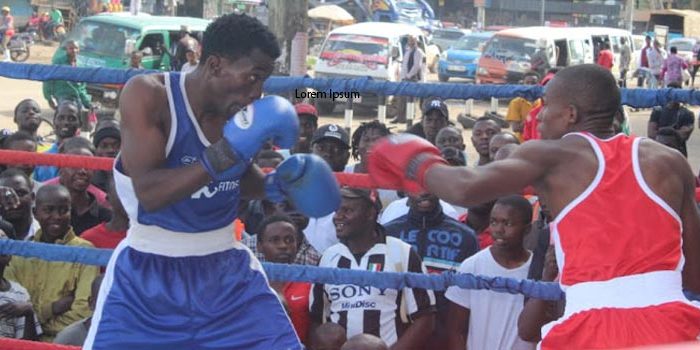 In Kenyan sports, Kajiado County is more synonymous with motorsport considering that it has hosted many such events, including the World Rally Championship — Safari Rally.

However, it is fast becoming a factory of Kenya’s finest boxers thanks to efforts by the local boxing association.

Led by coach Mike Otieno, one of the boxing pioneers in the county, the Kajiado County Boxing Association is quietly but diligently working to spruce up talented boxers into seasoned pugilists.

“Our mission is to advance, develop and promote boxing in Kajiado County. In the next 10 years,  I see Kajiado as the leading county in producing boxing champions in Kenya,” Otieno says.

Formed in February this year, the association has been spurred by the reorganisation of the Boxing Federation of Kenya, which held its election last year.

“The BFK president (Anthony Ombok Jamal) has been very supportive of our initiatives. He has encouraged us to keep moving through and through. BFK has provided us with guidance and advice on how to administrate boxing in our county,” Otieno says.

The clubs are under the tutelage of various coaches including Otieno who is in charge of Ongata Rongai, Titus Matheka (Beasthouse), Arther Njoroge (Ongata Rongai Lions Den), Paul Muhia (Ngong) and Mohammed Orungi (Kajiado).

Orungi famously won gold in the light middleweight category at the 1987 All Africa Games in Nairobi.

For Otieno and Co, forging the next crop of boxers is not a responsibility but a passion.

Having been boxers themselves, their desire is to see these upcoming pugilists not only emulate their exploits of yesteryears but also soar higher.

Otieno is a former amateur boxer who won the National Novices Boxing Championship in 2016 under Ongata Rongai Boxing Club.

Other members of the club, Thomas Kamboi and Lennox Omukhwaya came second in the bantamweight division of the National Intermediates Boxing Championship in the same year.

“The idea of forming the association came to my mind when I took my boxers from Ongata Rongai Boxing Club to participate in the national league. I was told I had to register our county because only counties were allowed to participate. I then met an official who guided me on how we can register and he has been a big help for us with his guidance. The pioneers are our chairman, Moses Kamalik and I,” Otieno narrates.

Positive signs have already emerged as their various boxers edge their way into the national limelight.

“He (Khal) is a Southpaw, a strong power puncher who uses his left hand well. He has good footwork and overall technique. Ouma is one of the most technically gifted boxers I’ve seen since I started boxing. He has a very elusive style. He makes opponents miss at will. He can weave, box and duck. Victor is an Orthodox stance and one of the hardest working boxers in the Kajiado production line. He’s always on weight and never gives up,” Otieno says.

The efforts expended by the association in developing boxing has borne fruits.

During the National Novices Boxing Championships in February, the association produced three semi-finalists in the likes of  Paul Teeka (light-flyweight) and Abu Rahman (Middleweight).

At the subsequent National Intermediate Boxing Championships in March in Thika, Benson Matheka (flyweight) and Kefa Kanali (bantamweight) joined Teeka as the semi-finalists.

Most of the boxing clubs in the county do not have corporate sponsors, little wonder that they have been strained financially.

“We do not have enough boxing equipment, mostly gloves, pads, punching bag, skipping ropes, tracksuits and running shoes. Most of our clubs don’t have somewhere permanent to train. We are in dire need of corporate sponsorships to enable us run our activities,” Otieno says.

Successes in the ring aside, many boxers have nothing much to show in regard to their bank accounts.

“Our boxers need any kind of formal or semi-formal employment which we try to assist through and through. Most of them have nothing to do besides boxing,” Otieno laments.

Despite the heavy punches thrown by these challenges, these pugilists have become resilient, which is a key requirement of the sport in and outside the ring.

Otieno holds his head high, proud of the milestones reached by the association in their journey thus far.

“As the old Chinese adage goes, a thousand miles journey begins with one step. Our initial goal was to qualify for the Kenya National Boxing League which we already accomplished,” he says.

Otieno acknowledges that boxing in Kajiado can only flourish if talented, raw pugilists are accorded a platform to finetune their art and craft in the ring.

The association is not resting on their laurels but is looking beyond its successes at the county and national levels.

“Our immediate plan is to grow grassroots boxing by having more clubs. We have set ourselves a target of 10 clubs in 2021. Our long-term plan is to have our county team (The Boxing Morans) win the Kenya National League before we leave office in 2024. We also want Kajiado to produce at least two Olympians in the years to come,” Otieno says.

The upcoming junior national tournaments by BFK also offer an opportunity for junior pugilists under Otieno’s stable to familiarise themselves with the national limelight at an early age.

“At Ongata Rongai Boxing Club, I have a junior team currently with four boxers. Juniors are the future of boxing. If we can be able to start training our boxers at a young age, then the future is bright. This way, it’s easier to produce international boxing champions,” he says.

Furthermore, Otieno aspires to produce one of Kenya’s finest Maasai boxer in a long time.

“We do have one Maasai boxer. But he’s a bit far off from getting inside the ring. We don’t want to rush him,” Otieno says.

Realising this vision will ensure that these boxers are self-reliant and need not be employed elsewhere to sustain themselves.

“We have taken it upon ourselves to solicit corporate sponsorship and not wait for the national federation because they have a huge burden of catering for national tournaments and the national team,” says Otieno.

“We will offer the requisite integrity, respect, responsibility, innovation and accountability with the funds our sponsors provide.”

To woo the corporate world, the association recently unveiled their official website (https://kcba.co.ke).

At the present, they are working to bolster their structures across the board.