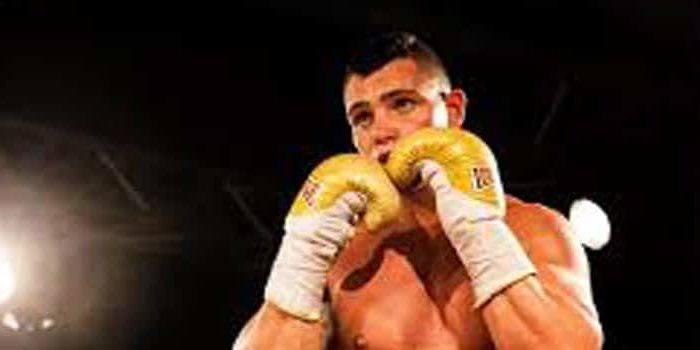 One of South Africa’s most successful cruiserweights, IBO cruiserweight champion Kevin Lerena, who has made six defenses of his IBO belt, is scheduled to meet Patrick Fitzgerald Ferguson from Spokane, Washington in a catchweight bout, with a limit of 96kgs scheduled for ten rounds, on the bumper Golden Gloves Promotions bill to be held at Emperors Palace on Saturday December 19.

The only other South African to equal the number of defenses of an IBO belt is Tommy Oosthuizen who defended his IBO super middleweight belt on six occasions.

Both fighters have been presented with the IBO championship ring.

The southpaw 28-year-old Lerena (25-1, 12 KOs) who always comes into the ring in superb condition won the vacant IBO cruiserweight belt in September 2017 on a split decision over Youri Kayembre Kalenga and has made successful defenses against Dmytro Kucher, Roman Golovashchenko, Artur Mann, Vasil Ducar, Sefer Seferi and First Arslan.

Moving up in class to the heavyweight division against the slightly bigger Ferguson,29, who has a record of (17-2-1, 13 KOs) could be a tough task for Lerena.

Both of his losses were on points in title fights and his two fights this year against Ryan Soft and Miguel Cubos came inside the distance.

The South African has only had one fight this year but has fought at a higher level than Ferguson and should have enough to win inside the distance in one of the later rounds.

There are some exiting matchups on the undercard with the opening bout of the evening a four rounder in the super middleweight class with Christian Lebote against an opponent still to be named.

There are two other WBA Pan African titles at stake over ten rounds with Katembo Kuveso against Jabulane Makhense for the welterweight title and Johnny Muller against Akani Phuzi for the cruiserweight title.

In the fifth bout of the evening the exciting young Roarke Knapp faces Simon Dladla in a scheduled ten round bout for the IBO Youth World junior middleweight title.

The tournament will be shown live on Supersport.