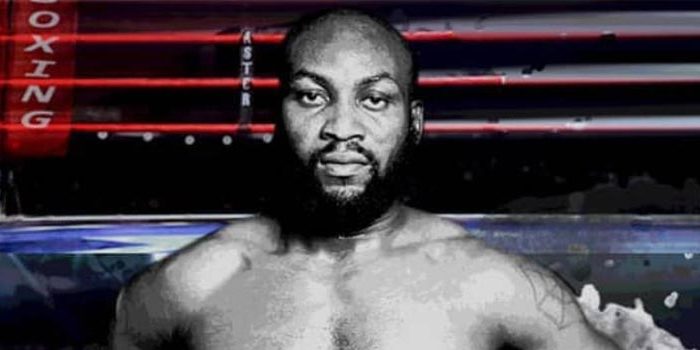 In a statement signed by the Secretary General of the GBA, Patrick Johnson, on Monday, Harrison was found guilty by the Disciplinary/Arbitration Committee for forging a release letter to enable him to honor a fight against Fabio Wardley in the UK last November, and subsequently failing to appear before the body on November 26 and 30, 2020, respectively.

The ban disallows Harrison from fighting in Ghana or partaking in activities related to Ghana boxing for the next five years.

Harrison, however, has a different opinion on the claims made by the GBA in its sanction letter.

“I never forged any release letter for my fight with Fabio Wardley,” said Harrison in an interview with BoxingAfrica.com. “I left for the United Kingdom to fight Wardley without a release letter so Matchroom Promotions [promoter of the event] wrote to the GBA to release me for the bout.

“That was when the GBA directed the promoters to negotiate with Cabic Promotions whom I have issues with before they will agree to give a greenlight for me to box.

“All the parties later agreed on terms and the GBA issued the release letter for the fight to go ahead. I remember I went to see Patrick Johnson during one of their invitations when I returned but he refused to grant me the audience saying I should respond to their letter in writing.”

Harrison had his previous three bouts in the UK against Daniel Dubois in April 2019, Nathan Gorman in October 2020 and Fabio Wardley in November 2020 respectively.

All these bouts came with controversies from the boxer, his managers, Cabic Promotions and Management as well as the Ghana Boxing Authority.

A letter sighted by BoxingAfrica.com shows that though the GBA is banning Harrison for his acts related the Wardley bout, the GBA received monies from that fight for the issuance of the release letter by them.

In some correspondence from Cabic Promotions and Management to Matchroom Promotions, the GBA demanded that an amount of £10,000 representing 33 per cent agreed terms between Harrison and his managers be held by the British Boxing Board of Control (BBBofC) and be transferred into their account.

Cabic Promotions and Management also demanded that £6,660 being owed them by Harrison from his October 10, 2020 bout with Gorman in London be deducted and paid to them from his purse with Wardley.

Additionally, an amount of £5,000 was paid to the GBA as their 5 per cent bout commission for Harrison’s previous fights with Daniel Dubois and Gorman as well as the Wardley bout.

Johnson confirmed receipt of the said amount from the promoters but denied any wrongdoing by the GBA.

“We received that money because it is a requirement for Ghanaian fighters who are released to fight outside but that does not mean we condone the forgery of the release letter,” Johnson told BoxingAfrica.com.

“The agreement with the promoters and the British Boxing Board of Control was that we issue the release letter for the fight to go so we can deal with whatever problems we have with the boxer when he arrives in Ghana.”

Harrison is crying foul, blaming the GBA Secretary General for settling personal scores against him. The fighter bemoaned how the GBA could accept money from his fight with Wardley and come back to sanction him.

“All these happenings are from Patrick Johnson because he has refused to be neutral in handling the issue between me and my managers, Cabic Promotions.

“How can the GBA ask me to pay them their commission for a previous fight with Dubois that has an issue pending with them? The most painful aspect is that they took all their money from my last three fights and then turned around to revoke my license.”

But Johnson refutes the personalization claims made by Harrison.

“We are a recognized body that works with statutes. We didn’t just wake up and decided to take a decision because we have exhausted all avenues to get him to respond to the GBA.

“I don’t have anything against him and all I do is my work. I can tell you that Harrison has shown gross disrespect to the GBA board on numerous occasions.”