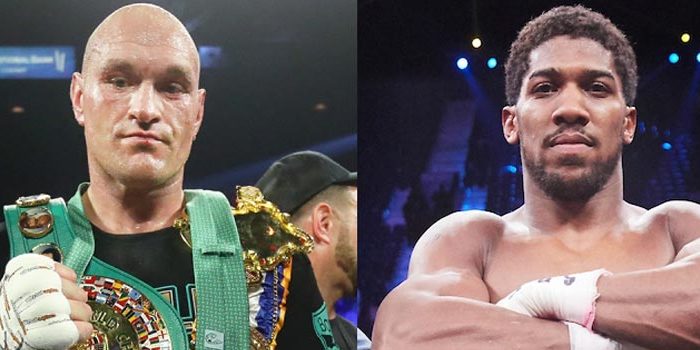 Frank Warren, co-promoter for WBC heavyweight champion Tyson Fury, has given his take regarding the last few days of controversy regarding the ongoing negotiations for a full division unification clash with IBF, WBA, WBO champion Anthony Joshua.

Arum has thrown water on Hearn’s ability to deliver a $150 million site fee deal in a timely manner.

He warned Hearn that a deal must be delivered in the near future or they will move forward with a trilogy fight against Deontay Wilder.

On the other side, Hearn maintains that the site fee agreement will be delivered in the coming days – and he still feels confident the highly anticipated fight will happen in late July or August.

Warren explains that they are still very much interested in facing Joshua, with the hope that a deal can be reached sooner than later – since Fury has been out of the ring since February 2020.

According to Warren, they will attempt to get things in order this weekend.

“The most important topic in the boxing world right now is, quite rightly, Tyson Fury’s attempt to unify the heavyweight division by beating Anthony Joshua. There has been back and forth between Bob Arum and Eddie Hearn in the press this week but let me tell you how it is,” Warren told The Daily Star

“We remain hopeful that something substantial comes to fruition, and all parties are set for a busy weekend trying to sort this whole thing out. The worst case scenario is we have to explore other options, but I hope that’s not the case. Fighters cannot just wait around forever, and It’s very near judgment day for this particular fight. So, as we all work for a deal to be signed, sealed and delivered, let’s clear up some of the inaccuracies which have been going round online.

“Firstly, of course we want this fight to happen, why wouldn’t we? It’s the biggest event in sport at the moment. Secondly, Fury has been clear he believes he will beat Joshua easily so he is ready to take it, there’s no issue there. It’s the money fight, too. So why would anyone involved not want it to happen? What has been frustrating, for lots of reasons, is the manner in which the potential deal has been thrashed out in front of the media.”