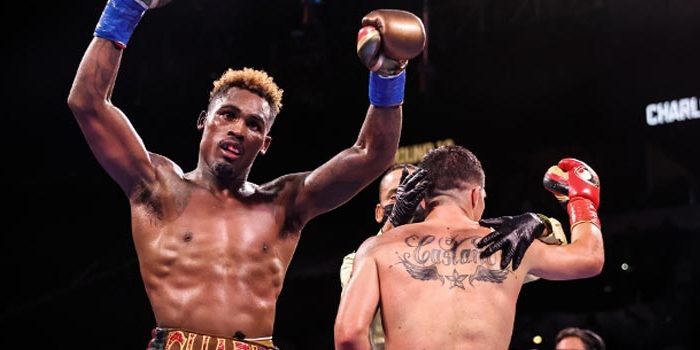 Jermell Charlo and Brian Castano both asserted after their 12-round split draw Saturday night that they want a rematch.

Castano would welcome a second shot at Charlo’s championships next, though Charlo noted during their post-fight press conference at AT&T Center that he isn’t sure when a rematch might take place. There was not a clause in their contracts that assures an immediate rematch, primarily because Charlo, the IBF, WBA and WBC champ, and Castano, who owns the WBO belt, likely will have to make mandatory defenses of their titles in their next fights.

“I think that I, of course, would take a rematch,” Charlo said. “I don’t know when, but I would love to get in there and fight him again.”

Charlo embraced an immediate rematch when Tony Harrison upset him by unanimous decision and captured Charlo’s WBC championship in December 2018 at Barclays Center in Brooklyn. The Houston native was forced to take an interim bout because Harrison suffered an ankle injury that postponed their second fight for almost six months, from June 2019 until December 2019.

Charlo (34-1-1, 18 KOs) knocked out Mexico’s Jorge Cota (30-5, 27 KOs) in the third round of his first fight following his controversial loss to Detroit’s Harrison at Mandalay Bay Events Center in Las Vegas. He then regained his WBC crown by knocking out Harrison (28-3-1, 21 KOs) in the 11th round of their rematch at Toyota Arena in Ontario, California.

This situation is different in that Charlo retained his titles and doesn’t need to avenge a defeat. There will be public demand, however, for another Castano-Charlo clash due to the questionable result and the entertaining nature of their “Showtime Championship Boxing” main event.

Castano, meanwhile, already knows what it’s like to never receive a warranted rematch.

The Buenos Aires native hopes that Charlo grants him the rematch Lara never gave him.

Charlo stated before he faced Castano that he has no intention of moving up from 154 pounds to the middleweight limit of 160.