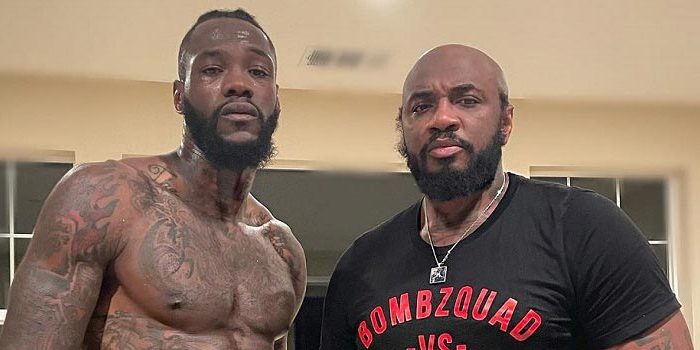 Back in February 2020, Fury dominated and stopped Wilder in the seventh round of their rematch to capture the WBC title.

The trilogy fight was initially scheduled for July 24 at the T-Mobile Arena in Las Vegas.

But, it was postponed last week after it was revealed that Fury tested positive for COVID-19.

On Thursday, both sides announced the new date of October 9 – also at T-Mobile.

“I definitely believe that Deontay is going to win his title back by knocking out Tyson Fury,” Finkel told Sky Sports.

Wilder has made several changes to his team – including the hiring of former foe Malik Scott in a top trainer position.

Back in 2014, Wilder knocked out Scott in a single round. In the aftermath, they became close friends and eventually they would start training together in the gym.

Scott is very impressed with the adjustments Wilder is making in training camp.

Like Finkel, Scott is also expecting Wilder to regain his world title with a knockout victory.

“They both have the power to hurt each other,” said Scott. “The difference is that Deontay has the power to knock you out.

“Fury is undefeated but is vulnerable. That won’t make sense to most humans. He is an unbeaten fighter but is very beatable. He gives you an opportunity to hit him. It is our job to take advantage of those opportunities. I believe Deontay will, and I believe he will knock Fury out in the trilogy.”