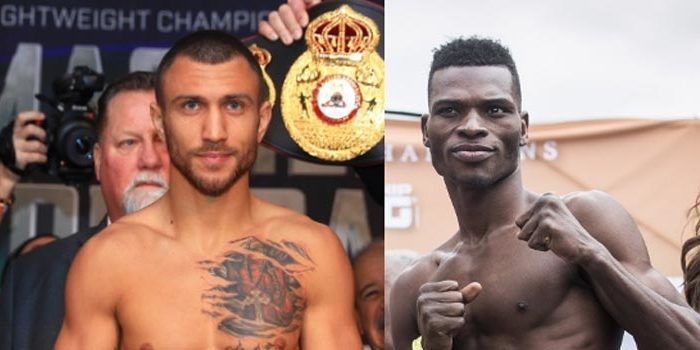 The bout, first reported by Dan Rafael, is likely to take place at Madison Square Garden live on ESPN.

“Talks are ongoing at the moment,” said Commey manager Michael Amoo-Bediako. “Nothing is official yet but there are all kinds of possibilities and scenarios for Richard. So we’ll have to wait and see. Rest assured, Richard Commey will be in a big fight before the end of the year.”

A fight versus Lomachenko, 33, 15-2 (11 KOs), would be a coup for Commey. Following the 2019 TKO loss to division king Teofimo Lopez, where the 34-year-old Commey (30-3, 27 KOs) relinquished his IBF 135-pound strap, the Ghanaian bounced back with an impressive six-round KO over Jackson Marinez last February in Las Vegas.

Now Commey looks to headline on ESPN for a second straight fight–this time against one of the biggest names in the sport. Following a close decision loss to Lopez in a bout for all the belts at 135, Lomachenko returned in fine form last June, stopping Masayoshi Nakatani in nine. Both he and Commey are itching for another world title shot. The winner of this bout is well-positioned to do obtain one.