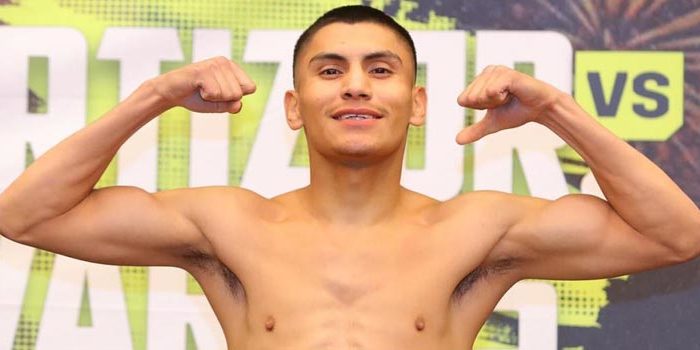 The bout will take place on Saturday, Aug. 14 at Ford Center at The Star in Frisco, Texas and will be streamed live on DAZN.

“Vergil Ortiz Jr. is developing the most impressive resume for any boxer his age,” said Oscar De La Hoya, Chairman and CEO of Golden Boy. “Though the welterweight division is perhaps the most competitive weight class in the sport, Ortiz Jr. has been able to maintain a knockout ratio of 100% in his big tests against Antonio Orozco, Brad Solomon and Maurice Hooker. On August 14, Ortiz Jr. will look better than ever and remind everyone why he is the biggest threat at 147 pounds.”

Since debuting as a professional in 2016, Ortiz Jr. has knocked out every single challenge put in front of him. The native of Grand Prairie, Texas, who has roots in Michoacan, Mexico, has scored stoppage wins against the likes of Antonio “Relentless” Orozco, Brad “King” Solomon and Maurice “Mighty Mo” Hooker. The 23-year-old contender is anxious to fight for a world title and knows that “Mean Machine” stands in his way.

“I always said I’m here to take on the toughest challenges to prove myself,” said Vergil Ortiz Jr. “Egis is a very game, strong opponent, and a win over him would leave no doubts that I’m ready for a world title fight immediately. It won’t be easy, but that’s the point. The fans are going to enjoy this one.”

Kavaliauskas is a Lithuanian contender who has defeated the likes of David Avanesyan and Juan Carlos “Merengue” Abreu. He has also faced tough tests against “The New” Ray Robinson and Terence “Bud” Crawford, the latter of whom handed the “Mean Machine” his sole defeat. The 32-year-old will return after stopping Mikael Zweski in September 2020.

“Fans been asking for this fight, and we’re going to give it to them,” said Egidijus Kavaliauskas. “So, mark your calendar and have your popcorn ready. A war is coming