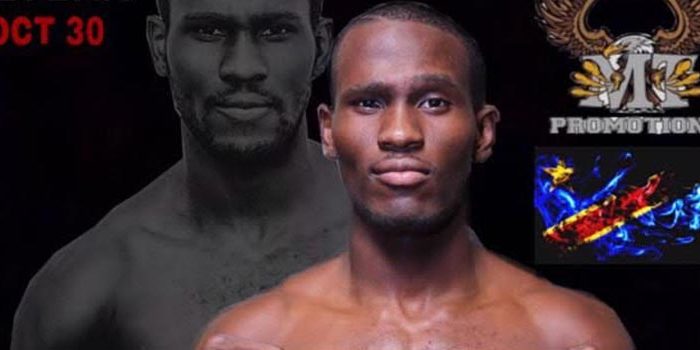 A massive commemorative card, dubbed “Rumble in the Jungle47,” is set for Saturday, October 30, in Kinshasa, the capital city of the Democratic Republic of Congo.

DRC-born Canadian Marcel Tshiyoyo, promoter of the eight-bout card, aims to commemorate the 47th anniversary of the legendary bout between Muhammad Ali and George Foreman, famously coined “The Rumble in the Jungle” by Ali. That night on October 30, 1974, in Kinshasa, Ali scored one of the biggest wins of his career, an upset stoppage victory over Foreman to re-capture the heavyweight crown.

“It’s a big honor to be fighting in the 47th anniversary of the fight of the century,” Kamanga said. “It will have a big impact in marketing Africa. Very few countries outside there know about Africa because we don’t market ourselves. The state of Africa pro boxing is not good at all. Boxers are treated badly and pro boxing is poorly marketed. So, with no real money behind it,  most African boxers myself included would want to fight  overseas.”

“The Rumble in the Jungle” is widely considered the greatest sporting event of the 20th century and viewed by an estimated TV audience of 1 billion people worldwide. The fight elevated the image of Africa and DRC, then known as Zaire.

However, little has been done since then to promote the sport within Africa to the rest of the world. Tshiyoyo, who is now based in Ontario, says he wants to use “Rumble in the Jungle47” to not only celebrate that historic event but to market Africa as a destination for professional boxing fights.

“I want the world to know Africa has quality boxers and the capability to stage major professional boxing bouts. This will serve as the beginning of my campaign to market Africa to the outside world,” said Tshiyoyo, a former amateur boxer in Canada.

“We showed that we are capable by successfully hosting Muhammad Ali and George Foreman in Kinshasa. We can also stage more fights which will give our African boxers an opportunity to market themselves and the continent as a whole. We have to work hard to bring more inter-continental boxers to Africa.”