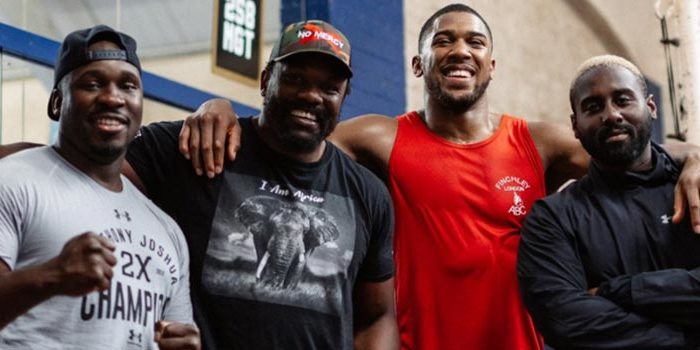 The deal will see 258 team up with members of his existing management structure to create a new team, purely focused on maximising his fight negotiations, commercial partnerships, training camps, and calling on 258’s 360 management services.

Chisora has been a stable mate of two-time heavyweight Champion Joshua’s at Finchley Amateur Boxing Club for years, with which Boxing Advisor at 258 Ben Iliyemi has also been associated.

Chisora said of the new partnership: “The game is still the same just with the new management team looking forward doing good business with 258 WARCHISORA.”

Freddie Cunningham, Managing Director, 258 MGT, said: “Derek has vast experience of the game and has seen the whole industry from the front line, we are just really happy with all that experience he feels the 258 team can add to what he is doing. We are excited to get going and looking to negotiate and build up to big fights before the year is out.”

David Ghansa, Chief Operating Officer, 258 MGT, added: “The partnership with Derek, his team and 258 is not one of out the blue. We have known each other for 20 years now, from inside the gym to outside we have been connected and always looked to help each other where we can. We are all really excited to formalise a working relationship, work with his existing team and create new opportunities for him.

Chisora has fought a number of high profile fights with the likes of Dillian Whyte, Carlos Takam, Oleksandr Usyk, and a split decision loss to former heavyweight Champion Joseph Parker which he is seeking to avenge ‘as quickly as possible’.