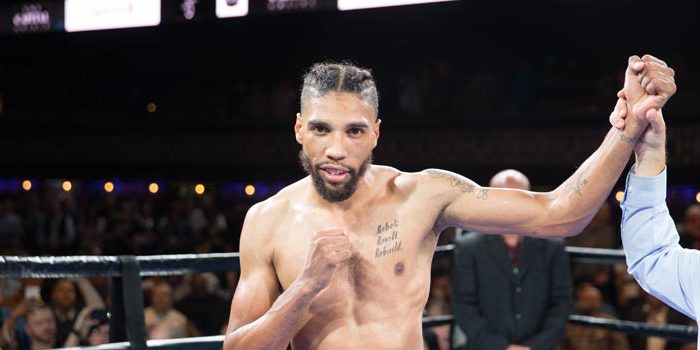 The event will take place at Virgin Hotels Las Vegas, marking the start of an active stretch in the self-proclaimed boxing capital of the world. The undisputed super middleweight championship between WBA/WBC/WBO titlist Saul ‘Canelo’ Alvarez (56-1-2, 38KOs) and IBF titlist Caleb Plant (21-0, 12KOs) comes one week later, with Showtime officially confirmed to produce and distribute the November 6 Pay-Per-View event from T-Mobile Arena in Las Vegas.

Minneapolis’ James (27-1, 12KOs) was named WBA “World” welterweight titlist this past February, receiving an upgrade from the now-defunct “interim” title he claimed in a twelve-round win over Dulorme last August in Los Angeles. The fight came with the understanding that the winner would be due to next face Butaev (13-0, 10KOs; 1NC), with James-Butaev formally ordered this past January.

Butaev has not fought since a third-round stoppage of Terry Chatwood last December. The bout was his first since a controversial loss-turned-No-Contest versus Alexander Besputin in their November 2019 vacant WBA “World” welterweight title fight. The outcome was nullified after Besputin tested for the banned substance Lingandrol, resulting in his being stripped of the title.

Butaev agreed to allow Yordenis Ugas and Abel Ramos to compete for the belt as his availability was hindered by travel restrictions due to the pandemic. An agreement was in place for the unbeaten Russian to next challenge for the belt, now in James’ possession once Ugas was upgraded to WBA “Super” titlist.

Ugas (27-4, 12KOs) is now required to defend the belt versus unbeaten Eimantas Stanionis (13-0, 9KOs; 1ND), as part of a four-man box-off along with James-Butaev recently ordered by the WBA. The winners—should both fights go through—are required to meet by no later than next March.

Outside of that bracket exists another potential threat to any welterweight on the planet.

Ennis (27-0, 25KOs), 24, has been prominently featured on Showtime over the past three years, including his first main event on the network in his most recent start. The unbeaten Philadelphia-born and bred boxer rose to the occasion, scoring a one-sided, sixth-round stoppage of former junior welterweight titlist Sergey Lipinets this past April in Uncasville, Connecticut. Lipinets (16-2-1, 12KOs) had never been previously stopped and whose lone other defeat came to then-unbeaten four-division titlist and pound-for-pound entrant Mikey Garcia in March 2018.

Dulorme (25-5-1, 16KOs) represents the latest test in Ennis’ career, having long served as a divisional gatekeeper. The 31-year-old from Carolina, Puerto Rico shared a Showtime card with Ennis this past April, coming up short in a twelve-round decision in favor of Stanionis. The loss was his second straight, coming eight months after his spirited twelve-round battle with James last August atop the first PBC Fox card since the pandemic.

Dulorme previously showed his worth in a clear-cut, ten-round win over then-unbeaten Terrel Williams in September 2019. The feat came eleven months after scoring a dramatic twelfth-round knockdown to preserve a majority draw with former two-division titlist Jessie Vargas in their October 2018 thriller.

A third fight is expected to be added as the opening bout of a planned tripleheader, though that part of the show has not been identified as this goes to publish.