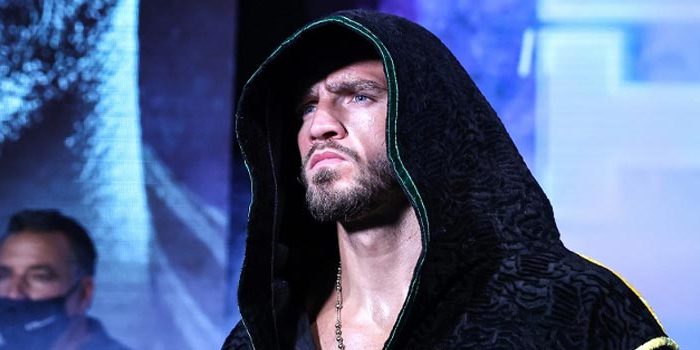 Joe Smith Jr. will have to wait a little longer for his first title defense.

The reigning WBO light heavyweight titlist will be sidelined for an undetermined amount of time after recently testing positive for COVID. The development puts on hold a planned showdown with mandatory challenger Umar Salamov, which was being eyed for October 30 on an ESPN platform from Madison Square Garden’s Hulu Theater in New York City.

“We regret to inform all of the fans who have been inquiring about purchasing tickets for Joe Smith Jr.’s first title defense, that the event has been postponed due to Smith Jr. testing positive for COVID,” Star Boxing, Smith’s co-promoter (along with Top Rank) announced Tuesday morning.

Smith (27-3, 21KOs) was preparing for the first defense of the WBO light heavyweight title he claimed in a twelve-round win over Maxim Vlasov this past April in Tulsa, Oklahoma. The bout was delayed by two months when Vlasov tested positive for COVID during fight week for an originally scheduled February 13 fight date at MGM Grand Conference Center in Las Vegas.

This time around, it’s Smith who was hit by the infectious disease.

“I was in camp working hard,” reveals Smith, who is still recovering after being briefly hospitalized. “I am very disappointed that I won’t be able to defend my title in October due to having COVID.”

The heavy-handed 32-year-old light heavyweight from the Mastic Beach section of Long Island, New York was due to return to his home state for the first time in more than two years. His last fight in New York came in March 2019, when he dropped a twelve-round decision to unbeaten WBA light heavyweight titlist Dmitry Bivol in the Verona section of upstate New York more than six hours from Smith’s home.

Smith was previously a fixture at Star Boxing’s ‘Rockin’ Fights’ series at The Paramount in Huntington, less than an hour drive from his hometown. His last appearance on that circuit came in April 2016, just before his career skyrocketed following back-to-back knockout wins over former title challenger Andrzej Fonfara and Hall of Fame former two-division champion Bernard Hopkins.

The breakout year was followed by losses in two of his next three fights, having spent more than eight rounds fighting through a broken jaw in a decision loss to Sullivan Barrera in July 2017 and the aforementioned defeat to Bivol.

Smith punched his way back into contention following two significant wins in 2020. The year began with a split decision victory over former title challenger Jesse Hart in January, only for his—and everyone else’s—progress slowed by the pandemic. Smith returned that August, knocking out former WBO light heavyweight titlist Eleider Alvarez last August to earn a shot at the vacant title which he claimed in the win over Vlasov earlier this year.

Smith-Alvarez was part of a four-man box-off that was to include a fight between Salamov (26-1, 19KOs) and Vlasov. That fight was scrapped when Salamov tested positive for COVID in having to withdraw from their planned meet last November. Vlasov advanced to the title fight, with Salamov—who has won seven straight—assured a mandatory title shot in due time.

The hope among Smith’s team is that the wait won’t be long for a new fight date.

“When I am better, I will be back in the gym preparing to fight as soon as I can and put on a great show for all my fans,” assured Smith.