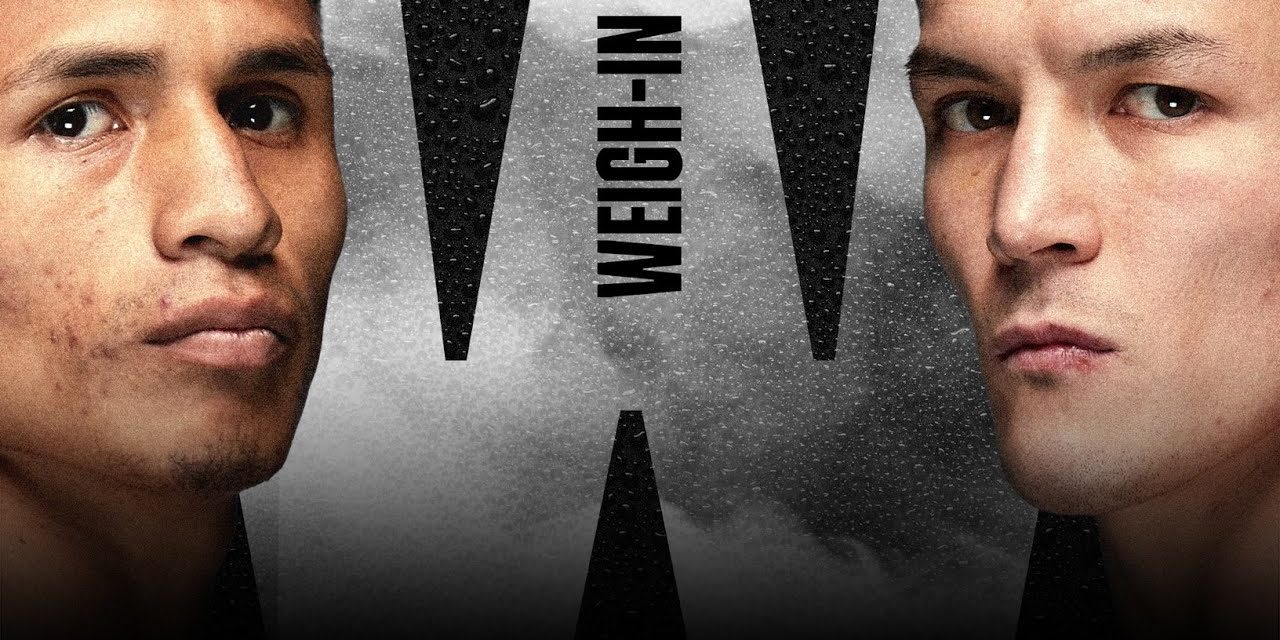 Mauricio Lara and Josh Warrington once again meet at the crossroads.

Both boxers made weight ahead of their anticipated rematch, which airs live on DAZN Saturday evening from Headingley Rugby League Stadium in Warrington’s hometown of Leeds, England.

Lara weighed a fighting ready 125 ½ pounds, barely above his weight of 125 pounds when he pulled off the biggest win of his career earlier this year. Warrington checked in at 125 ¾ pounds, slightly heavier than was the case in February when he weighed 125 ½ pounds.

The bout comes seven months after Lara (23-2, 16KOs) shocked the world with an impressive ninth-round stoppage of Warrington this past February at Wembley’s SSE Arena in London. Warrington (30-1, 6KOs) was unbeaten at the time, having just vacated his IBF featherweight title in hopes of winning a stay-busy fight to get to a showdown with then-secondary WBA featherweight titlist Xu Can.

Instead, Warrington is left to attempt to avenge the lone defeat of his career. It comes in the form of a welcomed homecoming, with a rabid crowd on hand for Friday’s weigh-in. No love was lost at the scale, as both boxers had to be separated after an intense staredown nearly turned into a fight before the real fight on Saturday.

Taylor weighed 134 ¾ pounds as she fights for the second time in 2021. The 2012 Olympic Gold medalist, two-time Olympian and two-division titlist survived a stiff test in edging former amateur rival Natasha Jonas this past May at Manchester Arena in Manchester, England.

Han weighed 134 ¼ pounds as she fights for the first time in nearly 19 months, having given birth to her second child earlier this year before returning to the gym and the sport. The former IBF featherweight titlist from El Paso, Texas has won her last eight starts, including a ten-round win over Lizbeth Crespo in February 2018 for her final title defense. In her most recent start, Han outpointed Jeri Sitzes last February in her El Paso hometown.

Conor Benn and Adrian Granados are set to fight, five weeks after their originally scheduled date.

Both boxers made weight for their welterweight clash, which was originally due to take place atop the July 31 edition of Matchroom Fight Camp in Brentwood. Benn (18-0, 12KOs) was forced to withdraw after contracting COVID-19, but is since cleared to fight. The second-generation boxer—whose father Nigel was a former two-division champion and an integral part of the United Kingdom boxing scene in the 1990s—weighed 146 ½ pounds, as did Chicago’s Granados (21-8-3, 15KOs).

Jovanni Straffon and Maxi Hughes both weighed 134 ½ pounds for their scheduled twelve-round lightweight battle whose stakes are suddenly raised.

Hughes (23-5-2, 5KOs) has won his last four starts, with the British southpaw increasing his profile following victories over unbeaten Viktor Kotochigov and former title challengers Jono Carroll and Paul Hyland Jr. all since the pandemic. The spoiler looks to upend Mexico City’s Straffon (24-3-1, 17KOs), who is coming off a massive first-round knockout win over James Tennyson this past May in Manchester. A win on Saturday could see the Mexican southpaw land a shot at reigning WBC lightweight titlist Devin Haney, as suggested by Eddie Hearn whose Matchroom Boxing promotes Saturday’s event.

Below are the weights for the rest of the undercard.