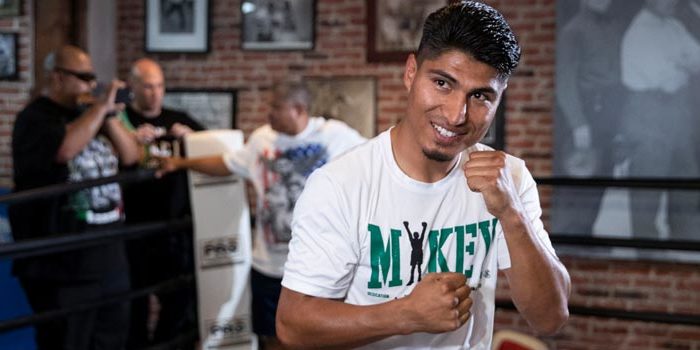 The 33-year-old Garcia will end a 19-month layoff when he meets Martin at Chukchansi Park, the home baseball stadium of the Fresno Grizzlies, a Class-A affiliate of the Colorado Rockies.

“I’m very excited to get back in the ring and give my fans another night to remember,” Garcia said. “I’m looking forward to seeing everyone on October 16 in Fresno – it’s going to be a great night of boxing.”

The 28-year-old Martin has won nine straight fights since Swedish southpaw Anthony Yigit (24-2-1, 8 KOs) out-pointed him in a 12-rounder in September 2017. He will be a huge underdog against Garcia.

“I’m so excited for this opportunity,” Martin said. “The sport of boxing brings me the chance to change my life. There will be a before and after for everyone in this fight.”

The October 16 event will include two 108-pound title fights as well.

In one of those championship matches, Mexico’s Esteban Bermudez (14-3-2, 10 KOs) will defend his WBA world light flyweight title against Jesse Rodriguez (13-0, 9 KOs), a 21-year-old southpaw from San Antonio. Bermudez upset Venezuela’s Carlos Canizales (22-1-1, 17 KOs) by sixth-round technical knockout in his most recent fight, which took place May 21 in Mexico City, to win the WBA’s secondary 108-pound crown.

“This is going to be a great fight,” Bermudez said. “Jesse is a really talented fighter and I am sure that he will be in great shape and ready to rock on October 16, but I worked too hard to become World champion to let it go in my first defense, so this will be a war.”

“I can’t wait to get back in the ring and defend my title,” Soto said. “Texas was a great night [on the Canelo Alvarez-Billy Joe Saunders undercard May 8] and I think this will be, too. Gonzalez is a proud Puerto Rican contender, and we all know that when Mexico and Puerto Rico step through the ropes, there are fireworks, so the fans are going to love this fight.”