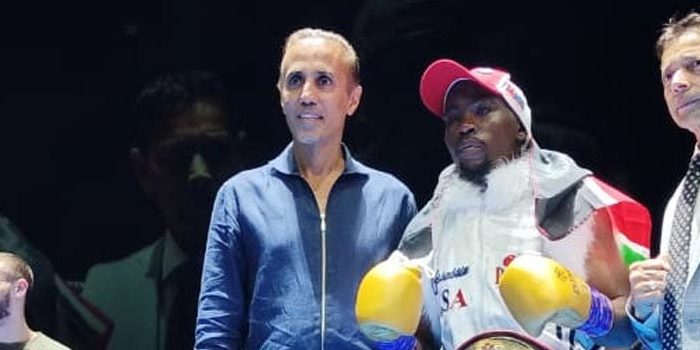 A sizzling overhand right sent Dekwal (10-1, 6 KOs) to the canvas in the seventh. He had to be attended to by the ringside medics. 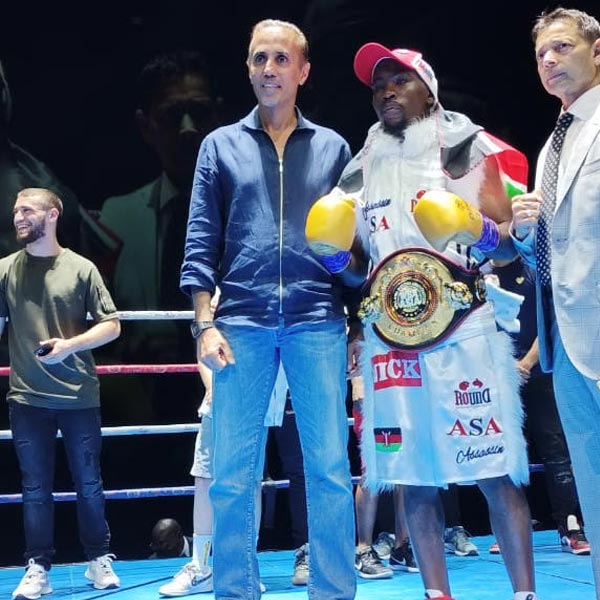 “This title is significant in my career,” said the 33-year-old Mwangi (10-3-1, 7 KOs). “I thank God for giving me the opportunity to fight for my first title and gave me the strength to win. I now want to spend some time with my family because since last year I’ve not had time to rest.

Mwangi was patient at the outset as he sought to break his opponent down.

“My plan in the first round was to be calm, jab to keep him at bay as I study his movements because this was the first time I was boxing my Indian opponent,” Mwangi explained.

“In the second round I continued jabbing, mixing with some body punches. Dekwal being a southpaw, I had to be extra cautious. He caught me with hard body shots but I trained well, I was fresh and I could see he was tense when I looked at his eyes.”

Midway through the third round, Mwangi landed a series of body shots during an exchange which led to Dekwal hitting the canvas.

“The referee ruled it a slip and therefore didnt give him a count,” said Mwangi.

Dekwal made a trip to the canvas in the fourth round, courtesy of Mwangi’s right hand. He made it to his feet at six but the shot was a harbinger of the pending doom.

Mwangi pressed his attack in the fifth. Dekwal, seeking to clear his head, stayed on the defense, backpedaling for much of the frame.

Cheered on by a section of the estimated 2,000 fans which included former heavyweight world champion Riddick Bowe, Mwangi sought to close the show. More body shots in the sixth sapped Dekwal’s energy.

Dekwal’s end finally came in the seventh round when Mwangi countered a straight left with a hard overhand right flush on the jaw. Dekwal’s legs immediately turned into jelly. Mwangi pounced, unleashing another right which sent Dekwal crashing onto the canvas. No count was needed as he remained on the canvas for several minutes and had to be attended to by ringside medical personnel.