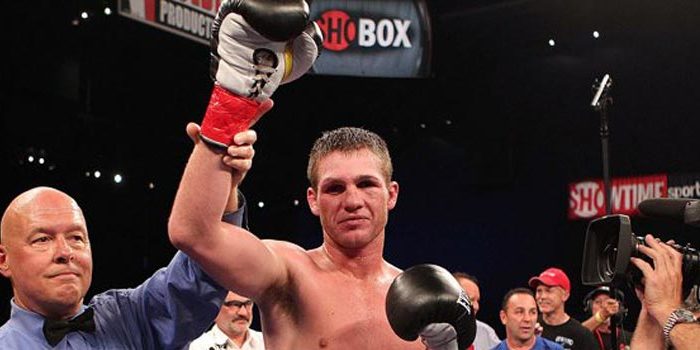 In a poor fight that never rose to any heights South Africa’s Thomas Oosthuizen fighting at junior heavyweight won on a majority eight-round points decision against Youssouf Kasango Mwanza from the Democratic Republic of the Congo at The Metropolis in Pretoria on Saturday night.

The southpaw Oosthuizen (90,40kg), who had his last fight on 23 March 2019, appeared slow and sluggish at times against his limited opponent who came into the ring in fine condition but had not fought since 23 June 2019.

Through the early rounds Oosthuizen possibly did enough to shade the rounds but in the last two rounds there was a lot pushing and mauling with the referee Simon Mokadi failing to break them up.

Oosthuizen improved his record to 29-3; 16 and Mwanza, who has only four fights listed on Boxrec, saw his record as announced from the ring drop to 9-5-1; 4.